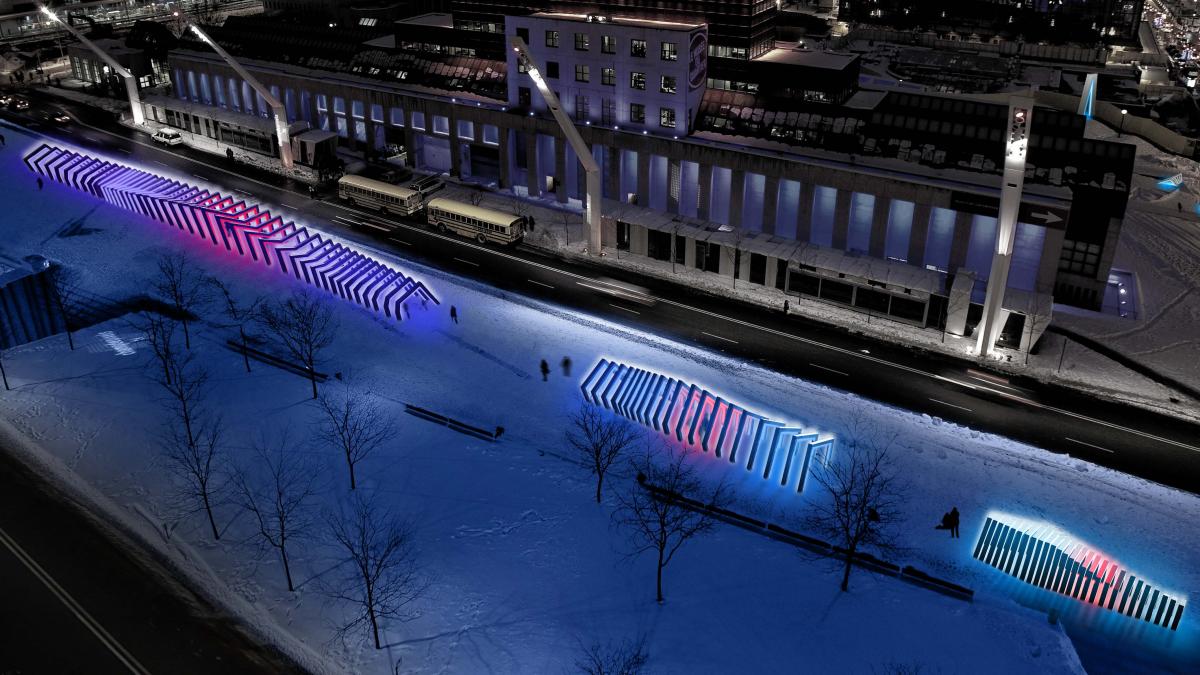 This phase, presented in collaboration with Place des Arts, sought a project designed to showcase Place des Festivals and the Place des Arts esplanade with a day/night interactive installation open to the public from December 6, 2012 to February 3, 2013.

Iceberg is a playful immersive work that tells the story of an iceberg, from its calving into Arctic waters to its final melting near a southern shore. In their natural state, the crevasses within an iceberg resonate like gigantic organ pipes whose tonalities change as the iceberg gradually melts. Inspired by this monumental natural musical instrument, Iceberg consists of a series of illuminated metallic arches that each produce a particular sound. Arranged as a tunnel, the arches beckon visitors to enter, listen to and play this giant organ, whose notes and light travel from end to end of the musical corridor. Human activity “warms up” these ice monuments and transforms their original nature into a visual and auditory symphony.

“This proposal had several qualities that swayed every member of jury, including the poetic character of the installation and the profound meaning behind it. The idea of the glacier melting from north to south is perfectly in keeping with the winter theme, and prompts reflection on climate change, taking the project to a new level. The concept proposes multiple layers of discovery, both in its more contemplative aspects and in the immersive visual and sound experience, which is well developed.”
– Excerpt from the jury’s report

→ Go to next edition
← Go to previous edition 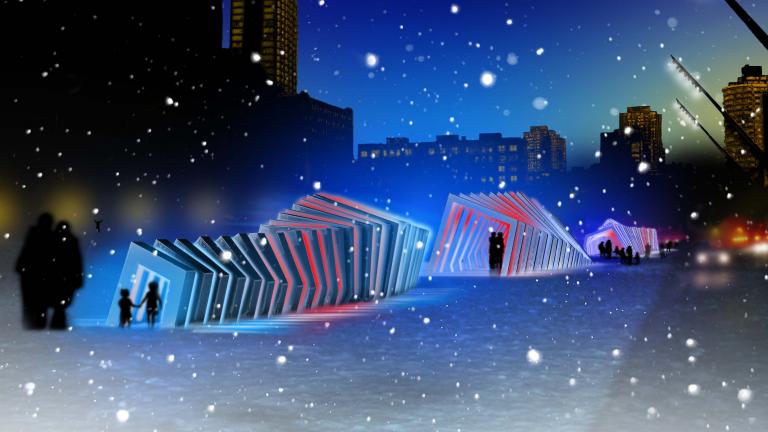 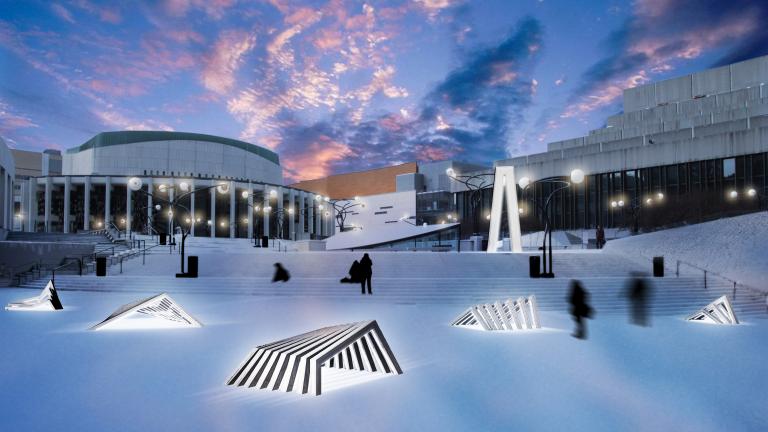 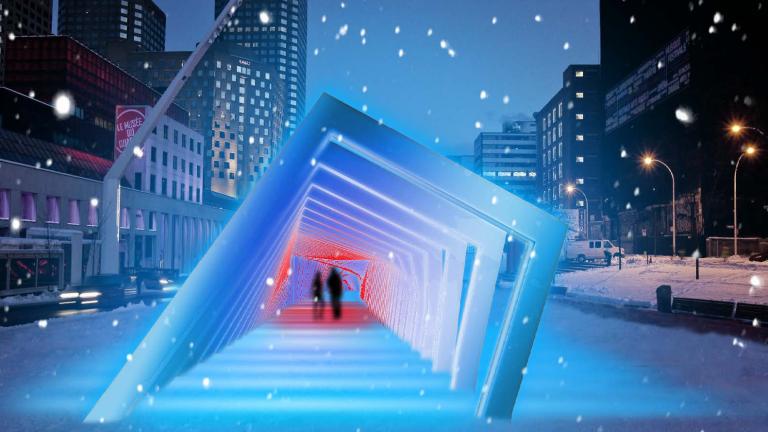