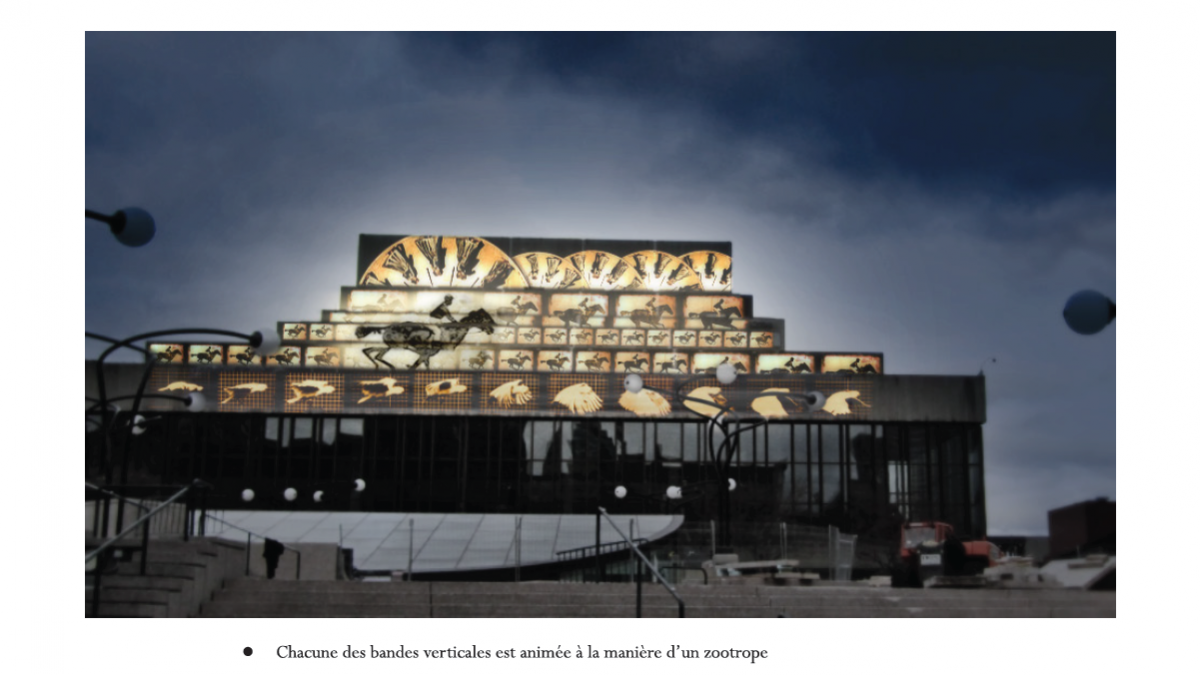 Fascinoscope will immerse us in the captivating atmosphere of an early 20th century carnival, remixed for the digital age. Starting at nightfall, eight building façades in the Quartier will come alive with the sights and sounds of a carnival and its attractions, with a unique atmosphere at each of the sites.

The work’s heart is the space outside Saint-Laurent metro station, which will be transformed into an arcade with four interactive games inspired by carnival classics (see descriptions below). For game controls there will be four pear balls fitted with sensors that will measure the balls’ rotation and speed. By hitting the balls, players will interact with the video projection, earn points and try to win the game.

See the winners for the Highlighting and enlivening Place des Festivals component.