Montréal was named a UNESCO City of Design in June 2006 in recognition of its concentration of talent in all design disciplines and the administration’s commitment to fully leveraging that creative potential for the future of the city.

When they join the Network, UNESCO Creative Cities pledge to produce regular summary reports of their activities, both local and international. Four years after filing its 2012–2015 report and seeing its status renewed, the Ville de Montréal today submitted its 2016–2019+ interim report to UNESCO, covering a period of just over four years, from January 2016 to July 2020.

Highlighted in the 2016-2019+ report are three major projects that were completed during this period of consolidation, which has seen us continue to develop municipal design commissions and activities that promote Montréal talents:

The COVID-19 pandemic, which was declared in March 2020, demanded an adjustment of our priorities and an immediate shift to action on the ground. Since then, with input from designers and other creative practitioners, the focus has been on the rollout of emergency measures to adapt our public spaces (streets, parks, squares), municipal buildings and retail spaces to guarantee the safe delivery of essential services in compliance with public health directives.

The report also highlights how, internationally, Montréal has continued to play a very active role within the Network. In 2017 it hosted and partnered in the inaugural World Design Summit, and in March 2019 initiated the first-ever intersector meeting of the North American Creative Cities in conjunction with the South by Southwest (SXSW) Conference and Festival in Austin, Texas.

The past four years have seen rapid growth of the Network and a marked increase in opportunities for international co-operation, which Montréal and its design community have seized. From competitions to awards, exhibitions, lectures, forums and research projects, calls for participation sent out to the designer community have grown. Solely in the years since 2016, the city has shared more than 75 international calls for participation, leading to 18 competition wins or shortlistings as well as guest speaker invitations for Montréal-based firms and individuals.

The need for sharing within the Network has become stronger than ever since the emergence of COVID-19, with the pandemic having affected all cities in succession. This global health crisis, with its unprecedented economic, environmental, social and cultural repercussions, is prompting us to collectively question, more than ever before, our lifestyles and living environments. Remote work, education, mobility, habitat, business, tourism, culture, city centres—a profound change is under way, inviting us to show stronger international solidarity in our shared search for solutions.

Co-operation among countries, regions and cities, today greatly simplified by digital communications platforms, is now taking on its full significance and usefulness. Over the next four years, Montréal will draw strength from its membership in various global networks of cities, including the UNESCO Creative Cities Network, to speed its recovery, which it has decreed must be green, inclusive and resilient.

As we approach the 15th anniversary of Montréal’s designation as a UNESCO City of Design and mark one year since the adoption of the Montréal 2030 Agenda for Quality and Exemplarity in Design and Architecture, the report submitted to UNESCO outlines our action plan for the next four years as well as summarizing our main achievements and benefits, which are many and tangible, and include several aimed at accelerating the strategic mainstreaming of design into all of our municipal practices. 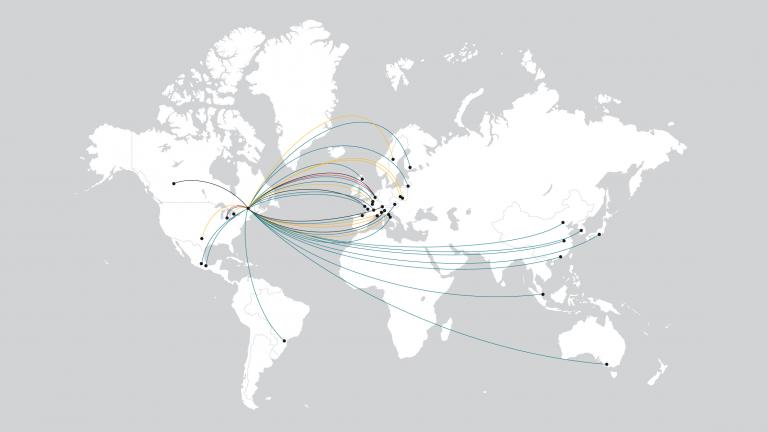 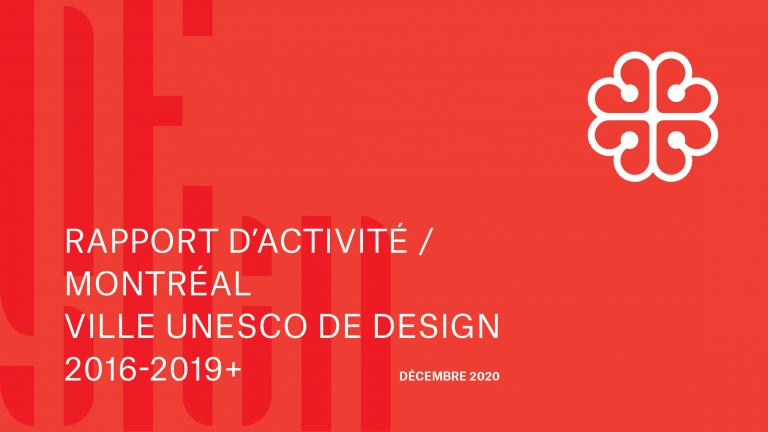 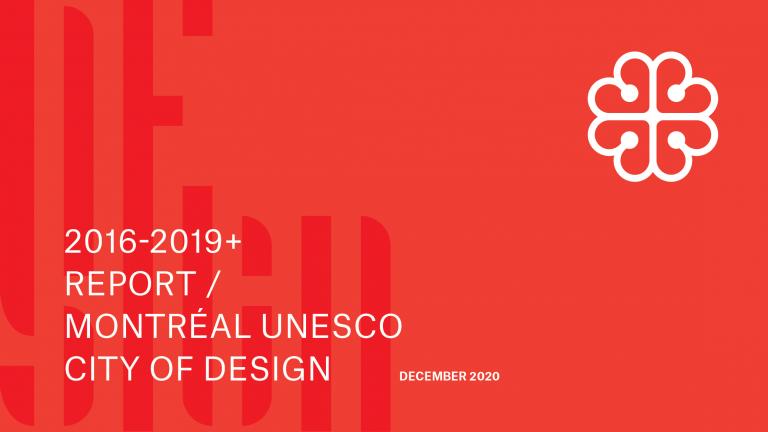