On August 27, 2007, the Ville de Montréal, in partnership with the Ministère du Développement économique, de l’Innovation et de l’Exportation du Québec, the Direction du Développement Économique et de l’Emploi of the City of Paris, and the industrial design consultant firm Alto Design, awarded a $25,000 bursary to Louis Drouin, a young Montréal industrial designer, to help him develop and launch a line of kitchen utensils to be produced at Les Ateliers de Paris. As part of the project, Mr. Drouin was able to spend six months working at Les Ateliers de Paris.
Proud of its contribution to this project as a private financial partner, Alto Design sponsored the bursary recipient by providing consulting support during the preparation phase and throughout the workshop. 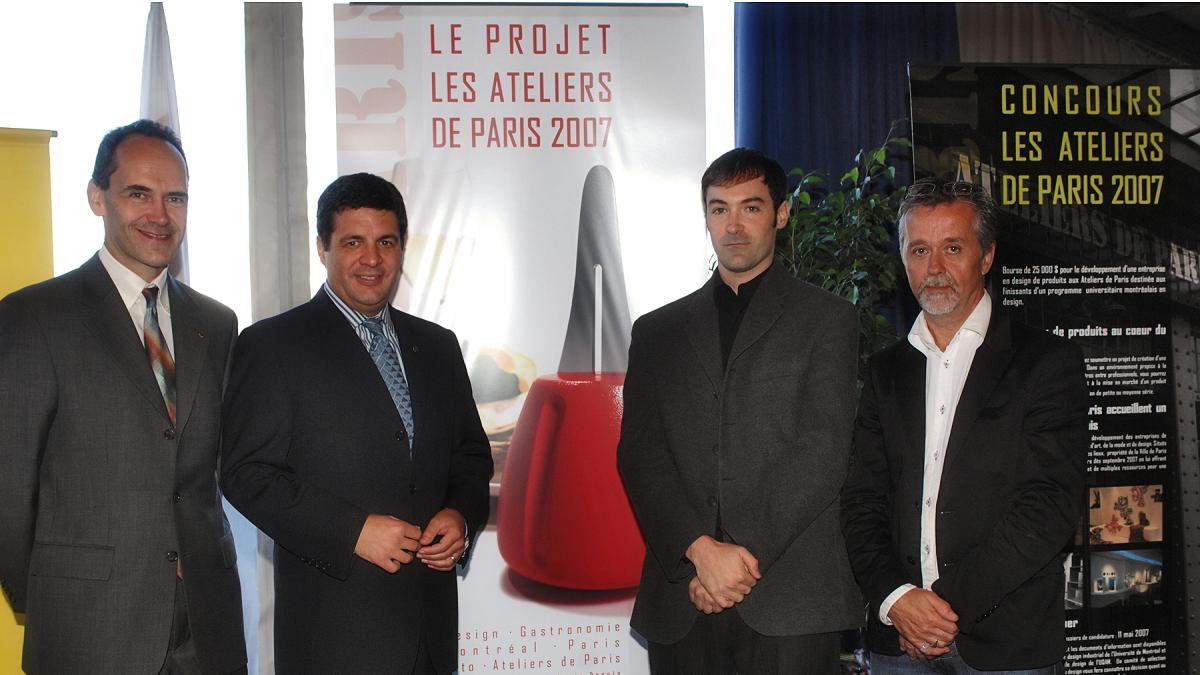 Following a call for candidates among product design graduates, Mr. Drouin, who holds a degree in Industrial Design from Université de Montréal, was selected on the strength of his portfolio, which showed initiative and entrepreneurship in the product design projects he undertook both as a student and a trainee at various industrial design consultant firms.

The members of the selection committee were won over by his project to develop a line of high-end oyster party products aimed at revamping the dining experience through such kitchen utensils as an oyster knife, a grater, and a peeler.

As a capital of gastronomy, Paris was the ideal place to implement this production and marketing project.

Located in the heart of the Faubourg Saint-Antoine, Les Ateliers de Paris are dedicated to the development of creative enterprises in the fields of design, fashion, and arts and crafts. As a centre for accommodations, promotion and exchange between design professionals, Les Ateliers de Paris provided the young Montréal designer with working space as well as free access to their equipment and exhibition gallery. The Ateliers de Paris team provided guidance to the bursary recipient in his creative process, and assistance with the start-up and development aspects of his company. The bursary covered Mr. Drouin’s expenses during his stay in Paris.

Under the coordination of the Design Montréal Bureau, the Ateliers de Paris competition was developed with the cooperation of the Ministère du Développement économique, de l’Innovation et de l’Exportation du Québec, the Paris city council and Alto Design.

The cooperative agreement between Montréal and Paris was signed in April 2006 by the cities’ respective mayors, Gérald Tremblay and Bertrand Delanoë. The purpose of the agreement is to increase reciprocal exchanges in a variety of industry segments, including design, with specific objectives as follows: