Montréal is a city of designers: An Interview with Textile Designer Lysanne Latulippe

— Fourth in a 10-portrait series 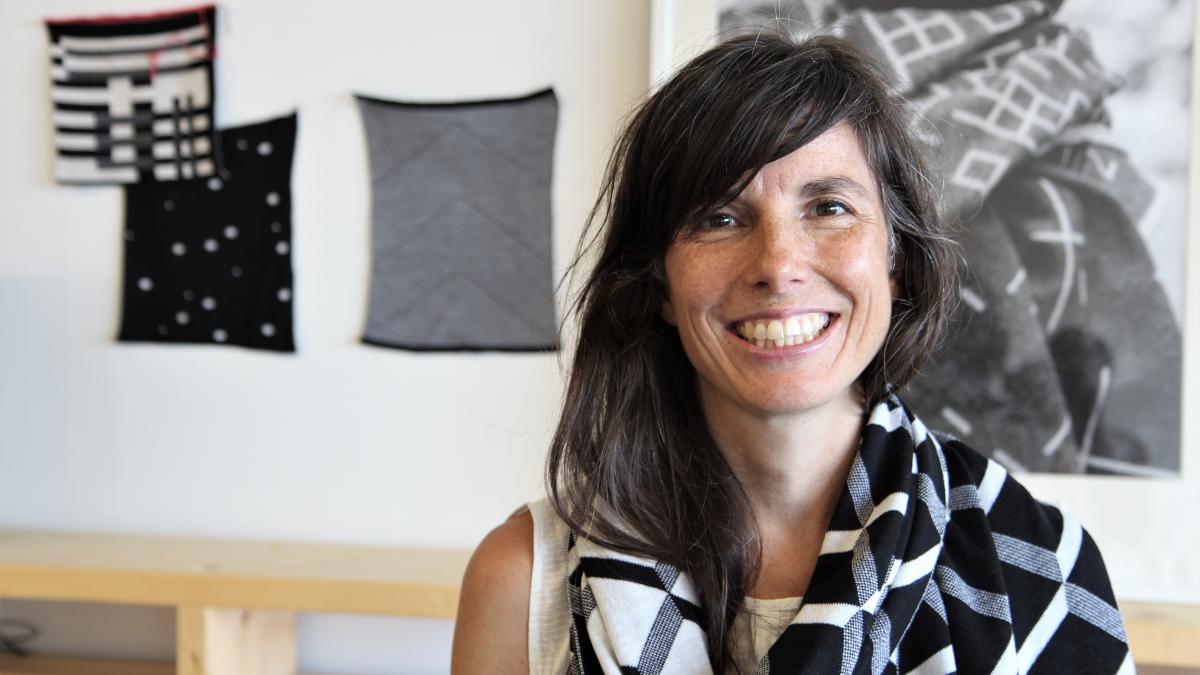 In 2011, Lysanne Latulippe and Meghan Price, her business partner at the time, won a grant to showcase STRING THEORY products at NY NOW, a major wholesale trade show in New York City.

“Participating in this event was a real turning point. We met American distributors who opened doors for us to sell our products in museum boutiques like the Guggenheim.” 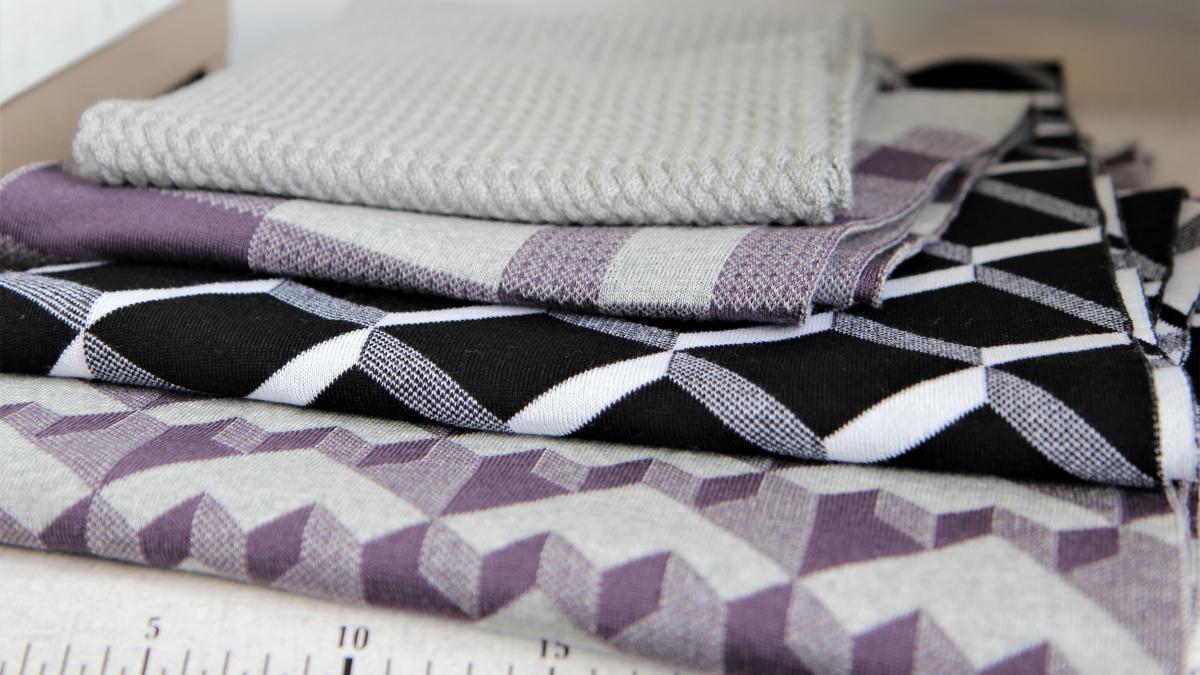 “While in Paris in 2015, Montréal Mayor Denis Coderre presented his Parisian counterpart, Anne Hidalgo, with one of our scarves. The photo of the Parisian mayor wearing our creation made the rounds on Facebook. In just one weekend, we sold 30 scarves like the model worn by Madame Hidalgo via our online boutique—a first for us!”

Projects in the Works 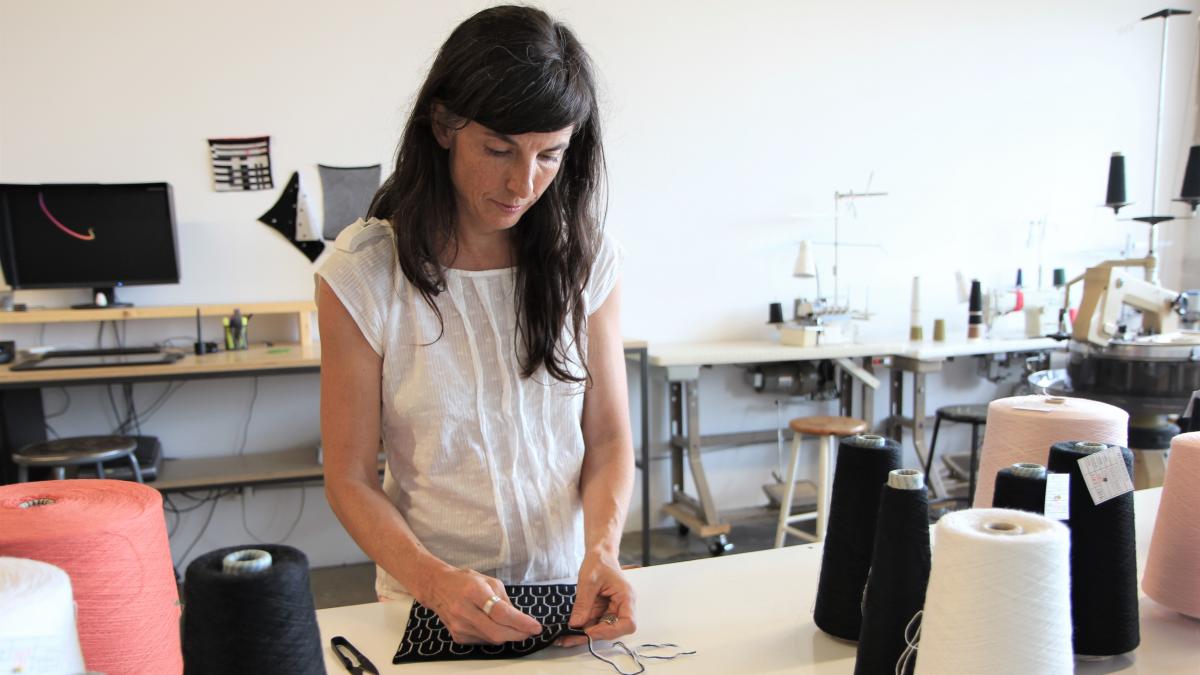 The company name, STRING THEORY, is borrowed from a theory of quantum physics that says the world is comprised of vibrating strings. Seven years after launching her business, the art of knitting still strikes a visceral chord with Lysanne Latulippe.

This autumn, the designer will launch a mini-collection of accessories for men and women that will include toques, mittens and neck warmers.

She also plans to develop a new clientele: children.

“My creations for adults are typically two-tone. The children’s line will be a riot of colour.”

In the next few months, she also plans to nurture new partnerships with cultural organizations, crafting accessories and clothing for them that reflect their distinctive brands.

“I am very persistent. I love challenging myself and meeting my goals despite the obstacles.”

Three years ago, the designer decided to invest $200,000 in the purchase of industrial knitting machines, a significant financial challenge for a micro-enterprise. She doesn’t regret her decision.

“Since I can now produce 100% of my output on-site, I no longer have to rely on sub-contractors.”

In 2016, the graduate of the Montréal Centre for Contemporary Textiles travelled to Japan to perfect her skills.

“When it comes to textiles, Japan is home to very advanced know-how, whether it is a question of weaving, knitting, or dyeing. I learned a great deal in just one month.” 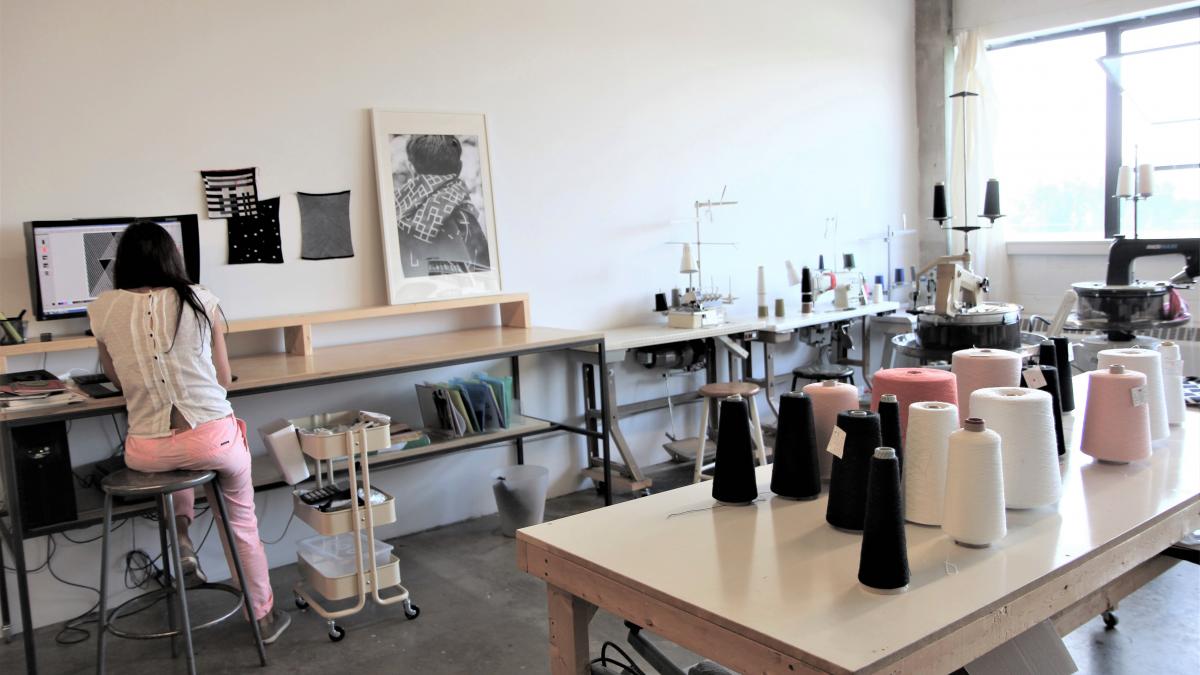 The designer hopes to become the resident expert for Montréal knitwear industry, a sector that was largely off-shored to Asia in the first decade of the new millennium.

“No other designer in Montréal has this type of equipment. By collaborating with other designers, I want to jump-start local production of knitwear. In fact, I had a wonderful opportunity to craft the dresses and tunics for fashion designer Marie Saint-Pierre’s winter 2016 collection.”

Architecture: A Source of Inspiration 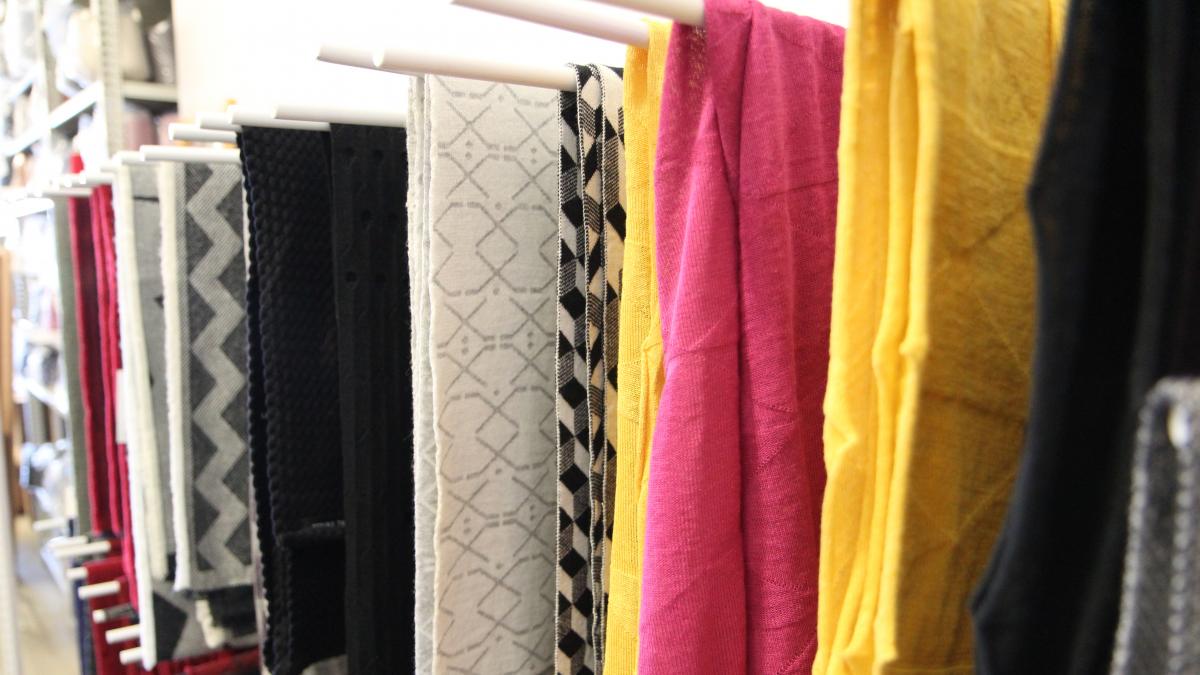 The designer draws inspiration for her timeless, refined, and geometric scarves and shawls from the world of architecture.

“The architectural lines of a building, a ceiling, or the patterns etched in a brick can spark my imagination. I am deeply aware of my surroundings.”

The Art of Letting Go

Meghan Price, who co-founded STRING THEORY, now lives in Toronta so Lysanne Latulippe now runs the company solo. Mother of a five-year-old girl, she dons running shoes to take a break from her hectic schedule.

Old Montréal is one of her favourite haunts.

“We’re lucky to have such beautiful, historic buildings. I also love the Place d’Armes in front of the Notre-Dame Basilica.  It’s a welcoming spot with European charm.”

Discover all the designers in the Design Montréal Directory who, like Lysanne Latulippe, are a source of pride and ambassadors for Montréal, a UNESCO design city.

STRING THEORY is featured in the CODE SOUVENIR MONTRÉAL, Design Montréal’s gift catalogue. View the 200 products created by 59 designers from Montréal, then visit the store!  The products are available from designers and editors, or promoted by the growing network of stores displaying the official CODE SOUVENIR MONTRÉAL brand. To find stores, consult the Design Montréal Map. 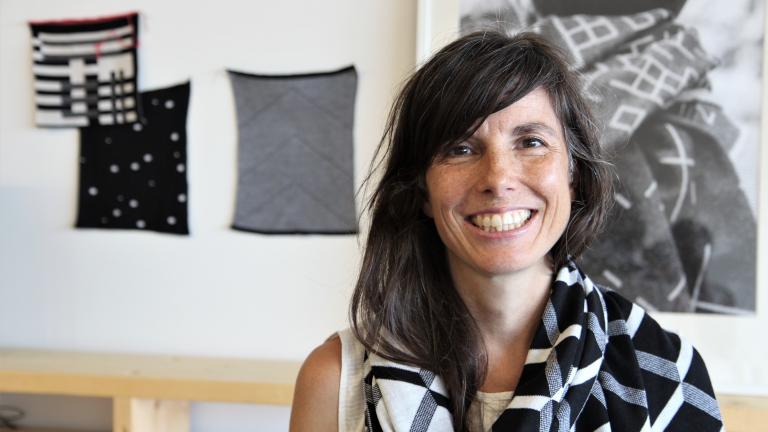