Montréal is a city of designers: An interview with Industrial Designers Eugénie Manseau and Philippe Carreau 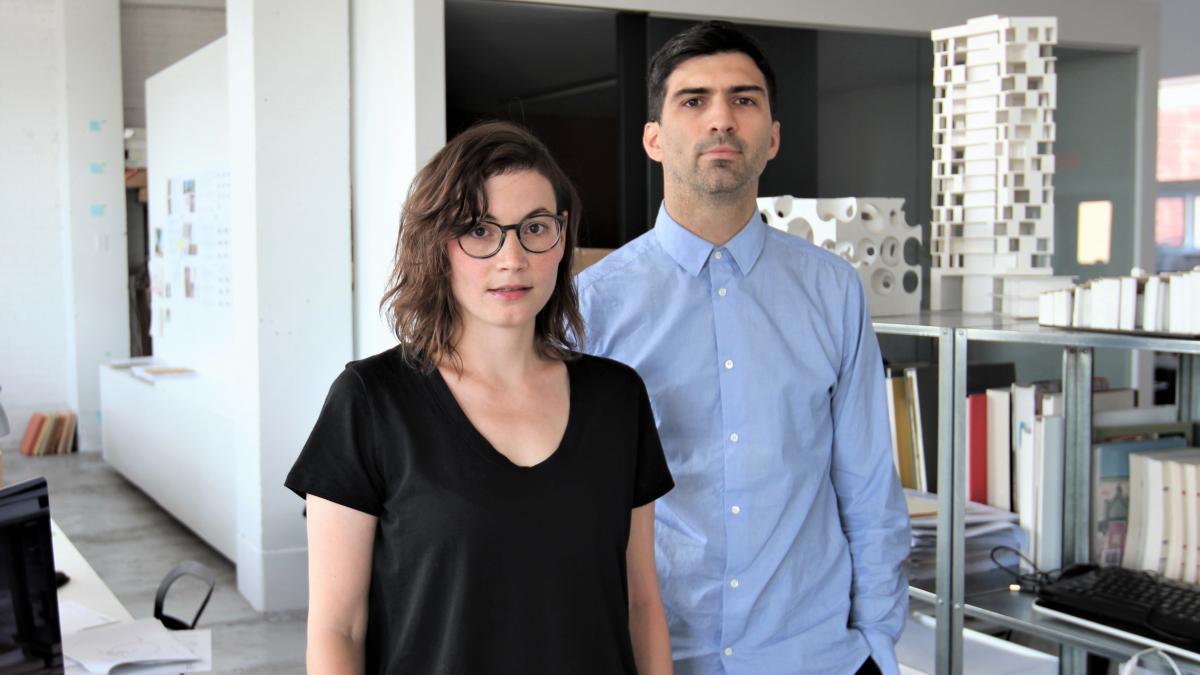 Located in Outremont, Dikini is an industrial design studio specializing in the creation of manufactured products destined for public spaces, such as urban and office furniture.

Before co-founding Dikini in 2010, Philippe Carreau had worked for various industrial design agencies in Germany while his associate, Eugénie Manseau, pursued a career in New York at the Birsel + Seck studio. Birsel + Seck, headed up by two well-known industrial designers, currently collaborates with Dikini on an office furniture project for Herman Miller, an American furniture maker.

Eugénie Manseau met her future collaborator thanks to her spouse who was friends with Philippe at university.

“I had the good fortune of meeting Philippe during a trip to Berlin. He thought it was interesting that I also had foreign work experience.  We returned to Montréal because we wanted to found our company in our native country.”

Eugénie admires her business partner’s meticulousness and passion for the technical side of industrial design. As for Philippe, he admires the intuitive side and feminine vision that his partner brings to Dikini’s projects. 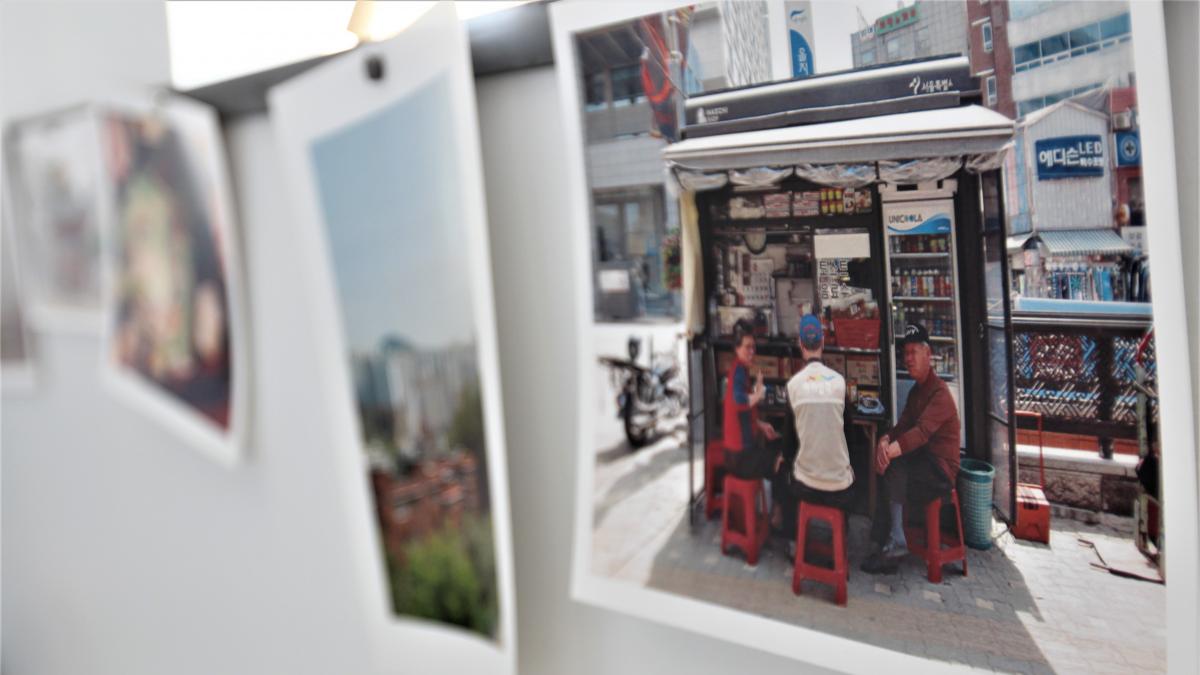 The two graduates in industrial design from Université de Montréal have garnered several distinctions in the last few years. Winners of the 5th Phyllis Lambert Grant in 2012, they travelled to Seoul, a UNESCO Design City, to study the role of new technology plays in the design of public spaces. Three years later, their project Croque-livres, a book-sharing box for children designed for the Lucie and André Chagnon Foundation won the Grand Prix Strat. 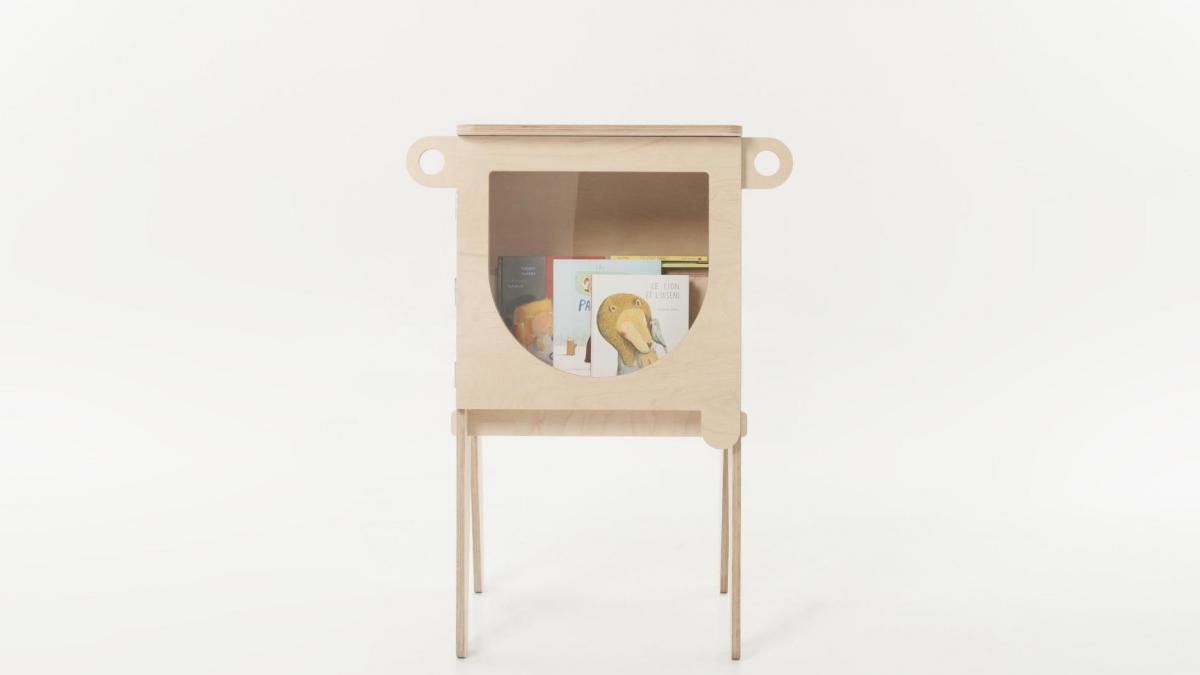 “We are really proud of Croque-livres. Since 2014, more than 800 boxes have found their way into childcare centres, libraries, and schools throughout Québec.”   ̶  Eugénie Manseau

“We’re motivated by the idea of transforming public space and improving the life of the community. The objects we create are not elitist; they speak to everyone. We also prioritize innovation in our creative process.”

Last October 17, the Collection MTL, a line of ground-breaking urban furniture designed by the two designers in collaboration with Équiparc, a manufacturer in Québec, was unveiled simultaneously at the World Design Summit in Montréal and the American Society of Landscape Architects Expo in Los Angeles. 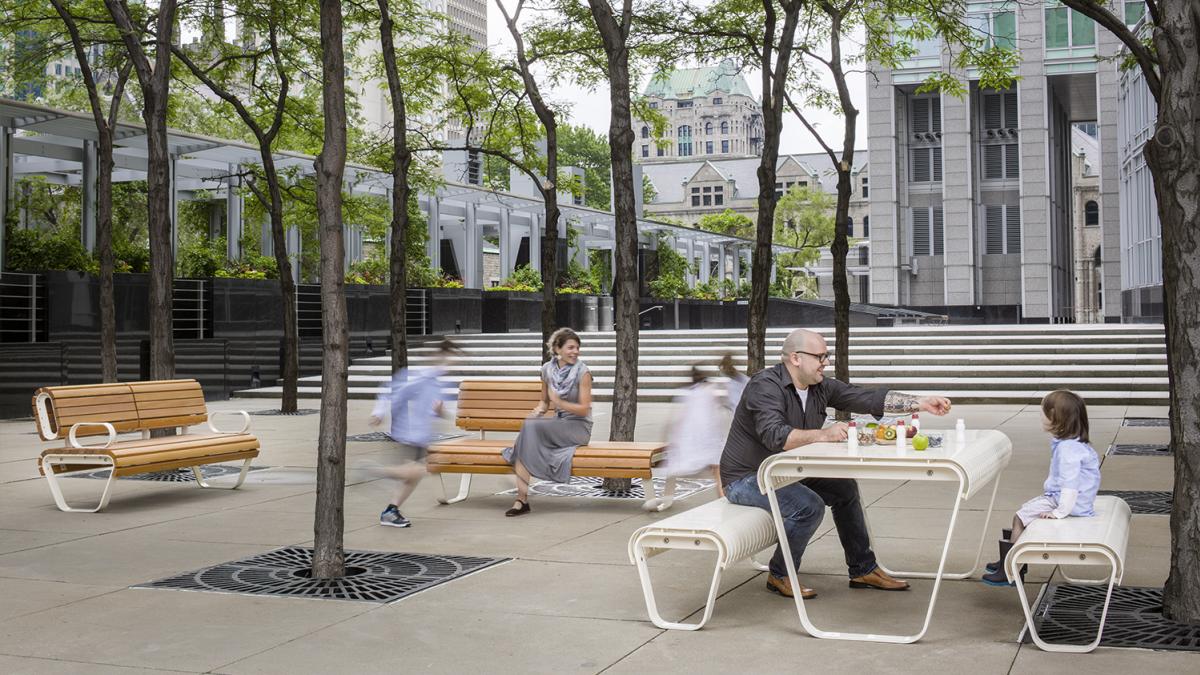 “Équiparc wanted to pay tribute to Montréal by creating a line of products that expressed the city’s friendliness. With this goal top of mind, we designed a system of modular furniture whose components can be easily combined and moved (benches, armrests, and tables).  Architects who design public spaces with this collection will enjoy a great deal of creative freedom.”   ̶  Philippe Carreau

The co-founders of Dikini are currently working on a project to redesign the Electric Circuit’s charging stations for electric vehicles installed throughout the Montréal region.

“Our work is to ensure that the stations blend in better with their urban surroundings by making them more understated and elegant.”     ̶  Philippe Carreau

The duo would like to see Dikini grow over the next five years.

“To do that, we intend to establish partnerships with manufacturers in the Canadian and American markets, two markets that we have yet to explore.”   ̶  Eugénie Manseau

According to Eugénie Manseau, a mother of two young children, for women, the desire to become a mother can put the brakes on launching a business. In fact, few women head up industrial design firms in Québec.

“My spouse, who is an architect, and I work in the same shared office. Also, living less than a 15-minute bike ride from the studio and having flexibility in my work schedule make balancing my family life and my professional life possible.”   ̶  Eugénie Manseau

Philippe Carreau is also a father with young children.

“Collaborating with someone who shares the same values about a healthy work-life balance is essential. For Eugénie and me, developing our studio is important, but our families are also a priority.”

Eugénie Manseau loves going to Lhasa-De Sela Park, a space designed for families in the Mile End borough directly across the street under the Van Horne viaduct.

“It’s fantastic that this under-utilized site was transformed into a friendly space with urban furniture, murals, and a grassy knoll.”

“BIXI makes me proud to be an industrial designer! Thanks to its quality, the bike can be exported worldwide.”

Discover all the designers in the Design Montréal Directory who, like Eugénie Manseau et Philippe Carreau, are a source of pride and ambassadors for Montréal. 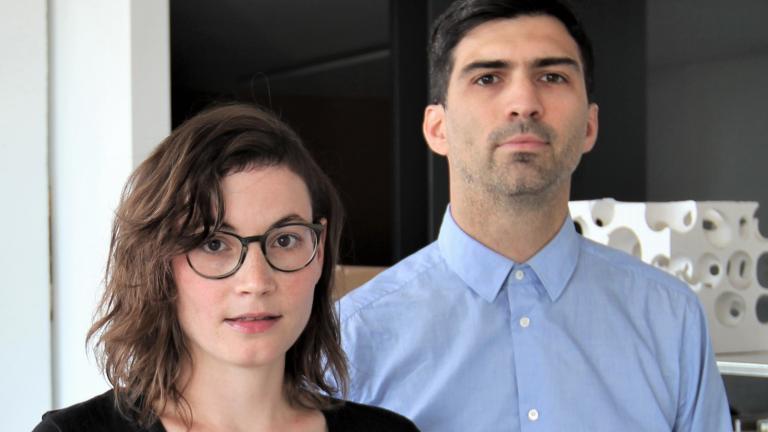