10th anniversary of Montréal, UNESCO City of Design: concrete spinoff for the metropolis

In June 2006, Montréal was designated a UNESCO City of Design, based on its strong concentration of talents in all design disciplines and its desire to draw on this creative potential to the utmost.

“UNESCO salutes the commitments made by Montréal, one of the first cities to join the Creative Cities Network in the design field, to leveraging design as a sustainable urban development tool. It has led the way in this field over the past decade, with numerous initiatives that deserve to be shared, as the recent interim evaluation report shows.” – Irina Bokova, Director General of the United Nations Educational, Scientific and Cultural Organization (UNESCO)

By joining the Network, member cities commit to provide detailed information on their achievements and the impact of activities related to their designation as a UNESCO Creative City.

In line with the first report, which covered the period from 2006 to 2012 (Montréal UNESCO City of Design in Action and by the Numbers), the 2012–2015 interim evaluation report recently submitted to UNESCO describes the many tangible achievements and benefits of Montréal’s designation, as we mark its tenth anniversary.

Over the past decade, we have seen how the city has taken steps to encourage designers and all players in this field, including greater access to municipal commissions and better conditions.

This retrospective gives us an opportunity to better appreciate, share and promote the benefits of Montréal’s designation as a UNESCO City of Design, a tremendous strategic tool for consolidating the pillars of a creative economy and fostering innovative design. 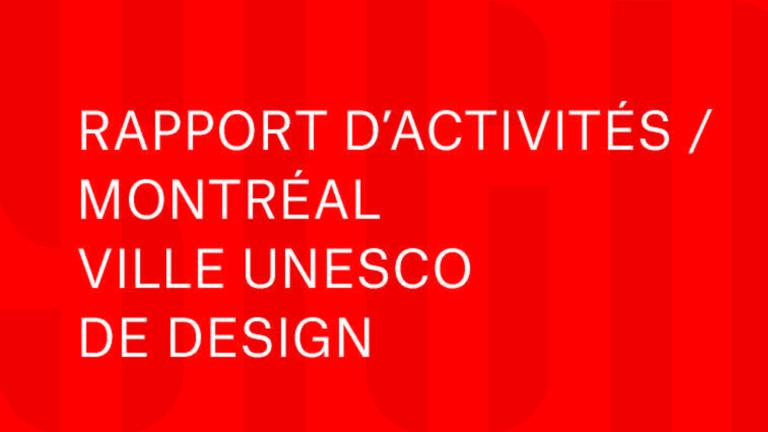