Montréal, June 13, 2017 – Today, the city’s Bureau du design awarded this year’s Phyllis Lambert Grant to industrial designers Rainville-Sangaré. Previous recipients were also on hand to celebrate the 10th anniversary of the grant’s creation and Ms. Lambert’s 90th birthday, and to speak about the grant’s impact on their careers.

The $10,000 grant was presented by Manon Gauthier, executive committee member and responsible for culture, heritage, design, Space for Life, and status of women. Also in attendance were Phyllis Lambert, Architect and Founding Director Emeritus of the Canadian Centre for Architecture. The grant allows recipients to undertake a professional development project on a design topic related to a theme focusing on the city. Rainville-Sangaré proposed “Complements of Architecture,” a project to research the design of architectural details integrated into the built environment, with Helsinki as their subject of study.

“We are delighted to award this grant to the industrial design firm Rainville-Sangaré,” stated Manon Gauthier. “They are talented up-and-coming Montréal designers, and we hope it will help them refine their design philosophy and practice, and give them an opportunity to draw inspiration from the great architects and designers of Finland.”

“I am delighted and very impressed that we are already celebrating the 10th anniversary of the Prize. Its value and impact have only continued to grow as it has rewarded young talent, designers and architects who have continued to lead astonishing projects that have had broad repercussions nationally and internationally. I am deeply grateful to the City of Montreal for creating this prize, which has encouraged young designers and architects, heightening their interaction with their peers everywhere. This initiative is fundamentally important, for it contributes to the dynamism and quality of the city, and therefore, the effectiveness of our society,” noted Phyllis Lambert.

Many tours are planned for the trip, including a number of buildings designed by Alvar Aalto, in particular Finlandia Hall, Aalto’s studio and home in Helsinki, Experimental House in Jyväskylä, and other important destinations such as

Design Museum Arabia. If the occasion arises, the recipients would like to exhibit their project at both Helsinki Design Week and at an exhibition in Montréal. In creating “Complements of Architecture,” Lambert Rainville and Nicholas Sangaré, cofounders of Rainville-Sangaré, hope to kindle a creative process inspired by an integrated Finnish architectural approach, one that stresses the importance of bringing a human touch to our cities.

“We believe that architectural details reveal much about local cultural identity, especially when it comes to creativity in manufacturing and to the artisandesigner relationship that is so vital to building things. We feel that Helsinki, which like Montréal is part of the UNESCO Creative Cities Network in Design, will be the ideal destination to nourish our thought process and methods for designing the architectural elements found on building facades,” explained Lambert Rainville and Nicholas Sangaré. The jury applauded the project’s strong multidisciplinary focus, based on an examination of many facets of the city, including its identity, heritage, architecture, production, and creativity. Jury members agreed that the Rainville-Sangaré project has great potential and that the Phyllis Lambert Grant will give their career a definite boost.

Lambert Rainville and Nicholas Sangaré founded their eponymous studio in Montréal in 2015. Both hold bachelor’s degrees in industrial design, and they employ a cross-disciplinary approach to designing spaces, furnishings, and products, paying special attention to local production.

About the Phyllis Lambert Grant

Every two years, Montréal, through its Bureau du design, awards the Phyllis Lambert Grant to a Montréal designer, architect, creative professional, or group that has fewer than 10 years’ practice and has demonstrated exceptional quality in studies and work as well as marked interest in city themes. The grant honours Phyllis Lambert, a great Montréaler, a fervent promoter of architectural excellence, and a tireless defender of young designers. It aims to recognize and promote talented emerging Montréal designers and to enrich their career paths and professional development as they apply to Montréal-related design issues.

The photo album of the event held at the Montréal city hall is available here. 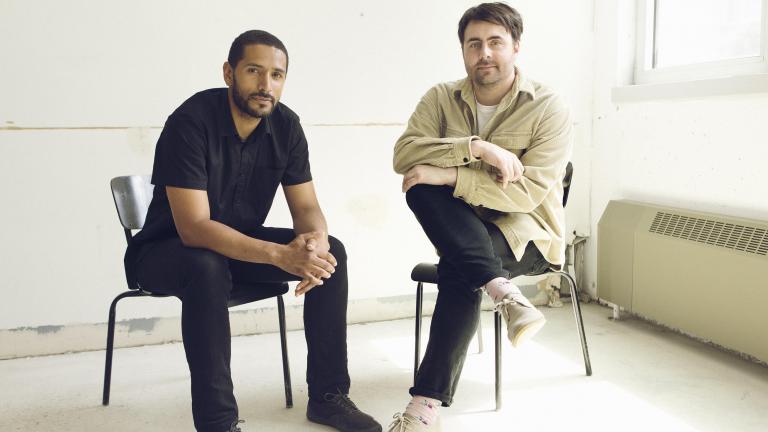 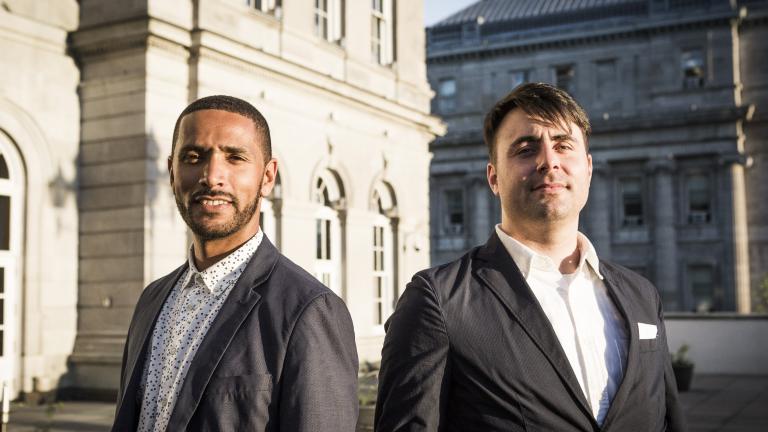 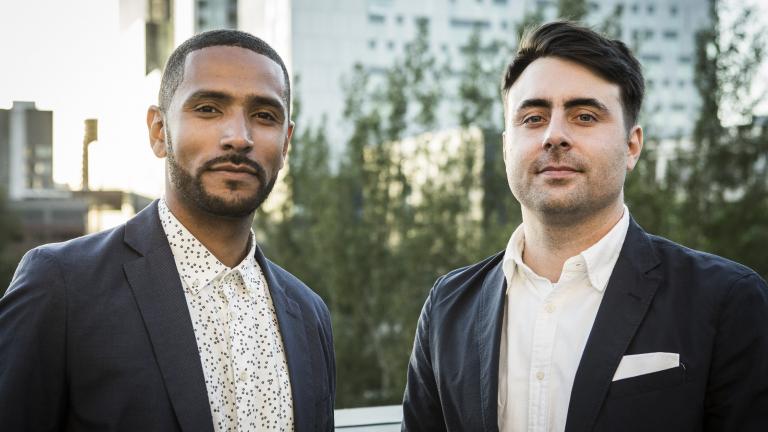 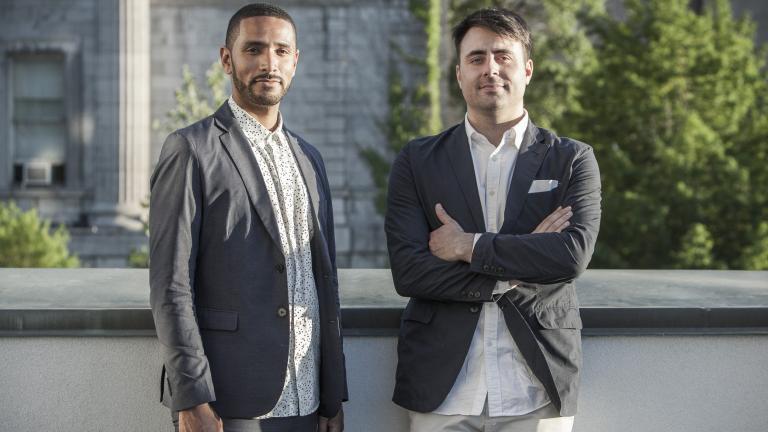 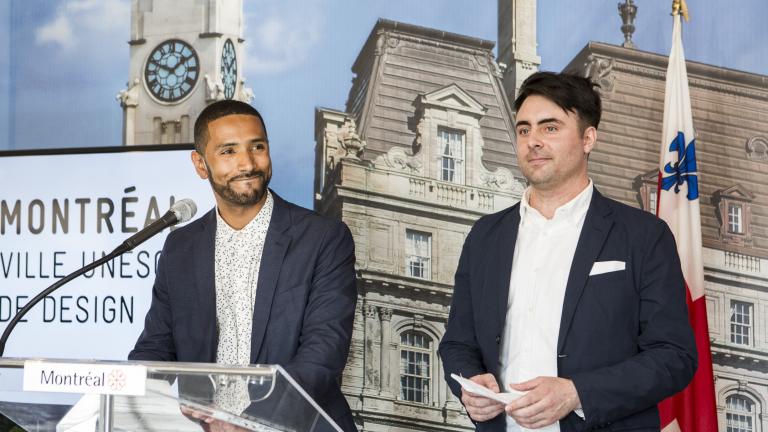 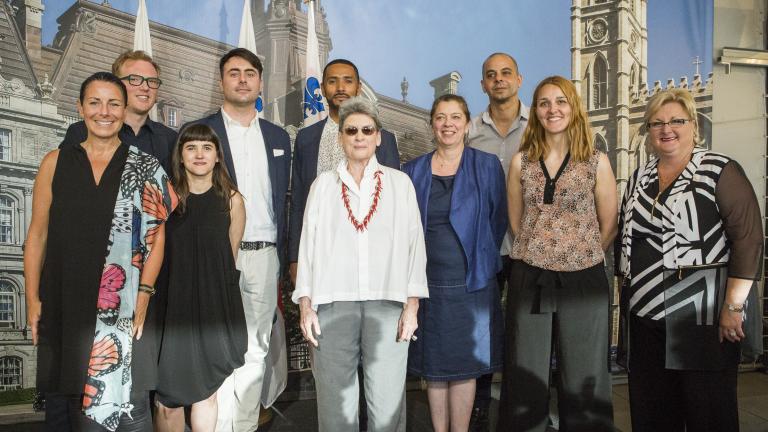 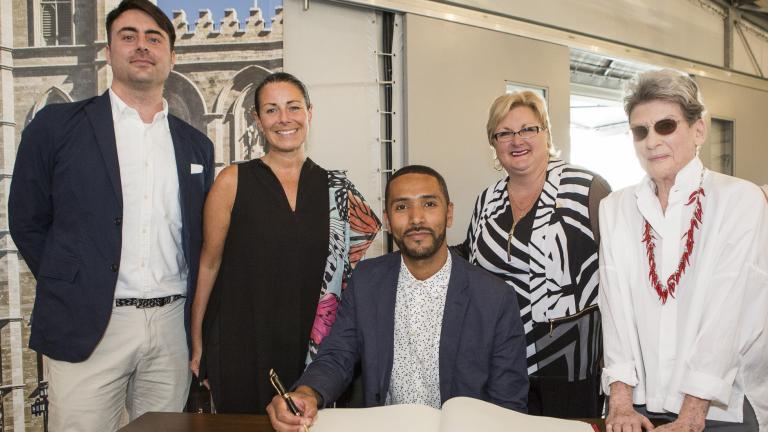 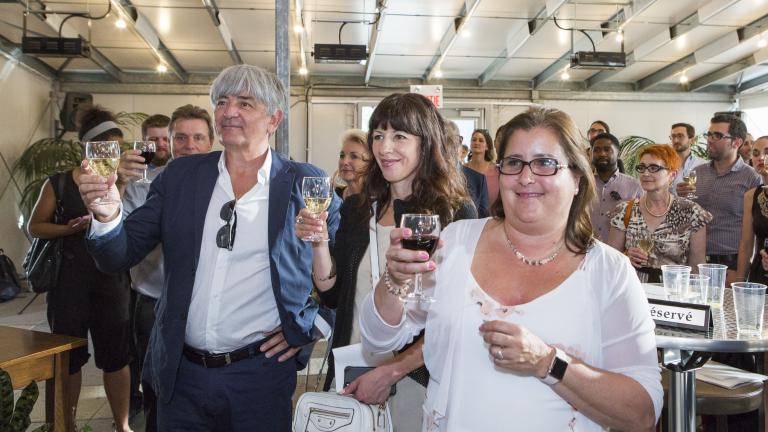 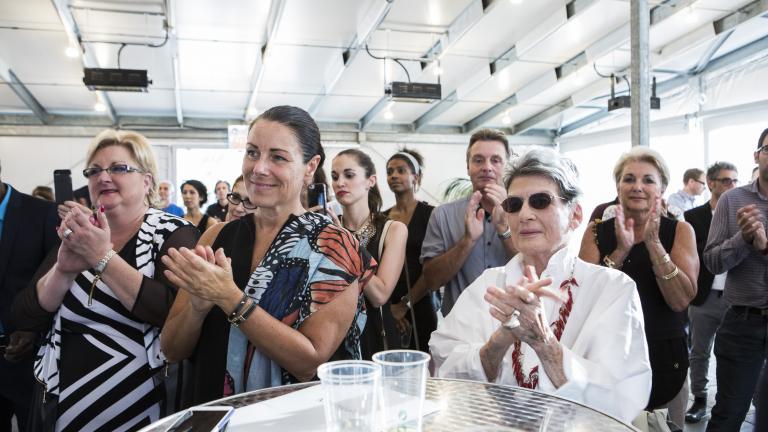