Montréal, April 6, 2017 – The Ville de Montréal's Bureau du design is celebrating the city’s designers with the launch of the first day to Buy Montréal Design with CODE Souvenir Montréal!, happening on May 6 at the SIDIM-Salon du Design, at five points of sale in Montréal, and on Facebook. This unifying event is a fantastic opportunity for all Montrealers to support local design by purchasing a product emblematic of the city’s DNA. All of the items that will be available on Buy Montréal Design Day are creations of designers showcased in the Bureau du design’s catalogue of “so Montréal” souvenir items, CODE SOUVENIR MONTRÉAL.

“All Montrealers are invited to take advantage of this day to explore the myriad creative worlds, styles and savoir-faire displayed by designers in our city, which was deservingly named a UNESCO City of Design in 2006,” says Manon Gauthier, Ville de Montréal Executive Committee Member responsible for Culture, Heritage, Design, Space for Life and the Status of Women. “In this, Montréal’s 375th anniversary year, we want to bring our creative professionals closer to their fellow citizens and boost the visibility and accessibility of Montréal designers’ creations in their own city,” she adds.

On May 6, buy local and encourage Montréal designers
On May 6, Buy Montréal Design with CODE Souvenir Montréal! day, design mavens and curious consumers alike are encouraged to purchase CODE products at one of five public points of sale in Montréal: the three Montréal Space for Life gift shops (at the Botanical Garden, Biodôme and Rio Tinto Alcan Planetarium*), the M Boutique and Bookstore at the Montreal Museum of Fine Arts, and Pépin Shop. In addition, throughout the day, every CODE product on sale at these five points of sale will be available at a 10% discount.

Design aficionados will also be able to buy these products during the SIDIM-Salon du Design at Place Bonaventure, at the Le Marché themed space, an area for the general public where visitors to the show will have the chance to meet and talk with more than 20 Montréal designers and publishers, and enter a photo contest to show off their discoveries.

The CODE products, which range from practical office and home accessories to gourmet foodstuffs and original fashion creations, will be clearly recognizable thanks to a distinct visual identity: glossy red wood boards bearing the CODE SOUVENIR MONTRÉAL logo as well as the Ville de Montréal rosette symbol.

And on May 6, design fans who post selfies to the page with products that they’ve just purchased will have a chance to win a $100 gift certificate redeemable for one or more CODE products. Full details will be available on the event page.

Leading up to and on the big day, event ambassadors Geneviève Plante of YULorama and Marylou Girard Bouchard of Joli Joli Design, who are committed to uncovering Montréal talents, will be posting stories and favourite items on their respective blogs and social media accounts.

* A space in the Rio Tinto Alcan Planetarium shop will be set up for the day of May 6 only.

About CODE SOUVENIR MONTRÉAL
The CODE SOUVENIR MONTRÉAL catalogue is an initiative of the Ville de Montréal’s Bureau du design. It showcases original, high-quality gift items created by Montréal designers, each of which is emblematic of the designation Montréal, UNESCO City of Design. Created in Montréal, the project has been implemented in several other UNESCO Cities of Design, including Saint-Étienne, France, Nagoya, Japan, Berlin, Germany, Graz, Austria, and Paris, France.

About the Bureau du design
The mission of the Bureau du design of the Ville de Montréal is to develop the market for, and promote the talents of, Montréal-based designers and architects by advocating processes that call for public commissions, such as design and architecture competitions. The UNESCO Creative Cities Network, of which Montréal has been a member as a City of Design since 2006, comprises 116 cities in 54 countries and enables creative practitioners in member cities to share experiences, best practices and knowledge on an international scale. 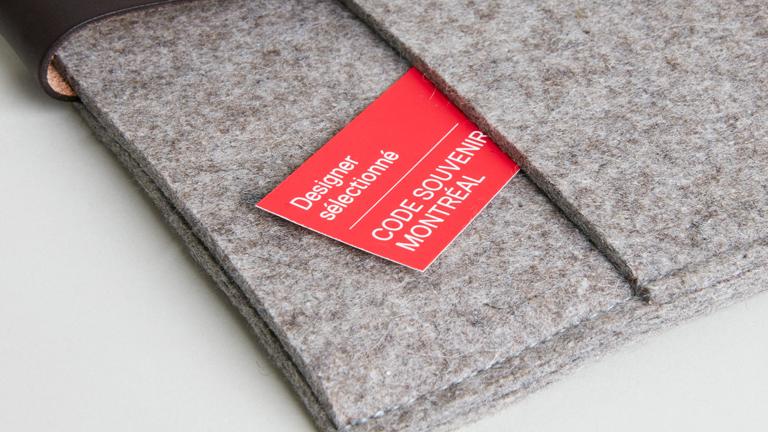 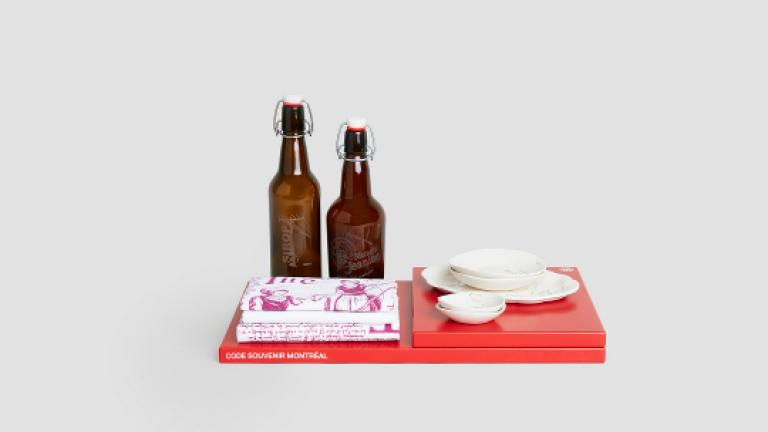