Montréal is a city of designers: An interview with Graphic Designer Marie-Laure Plano 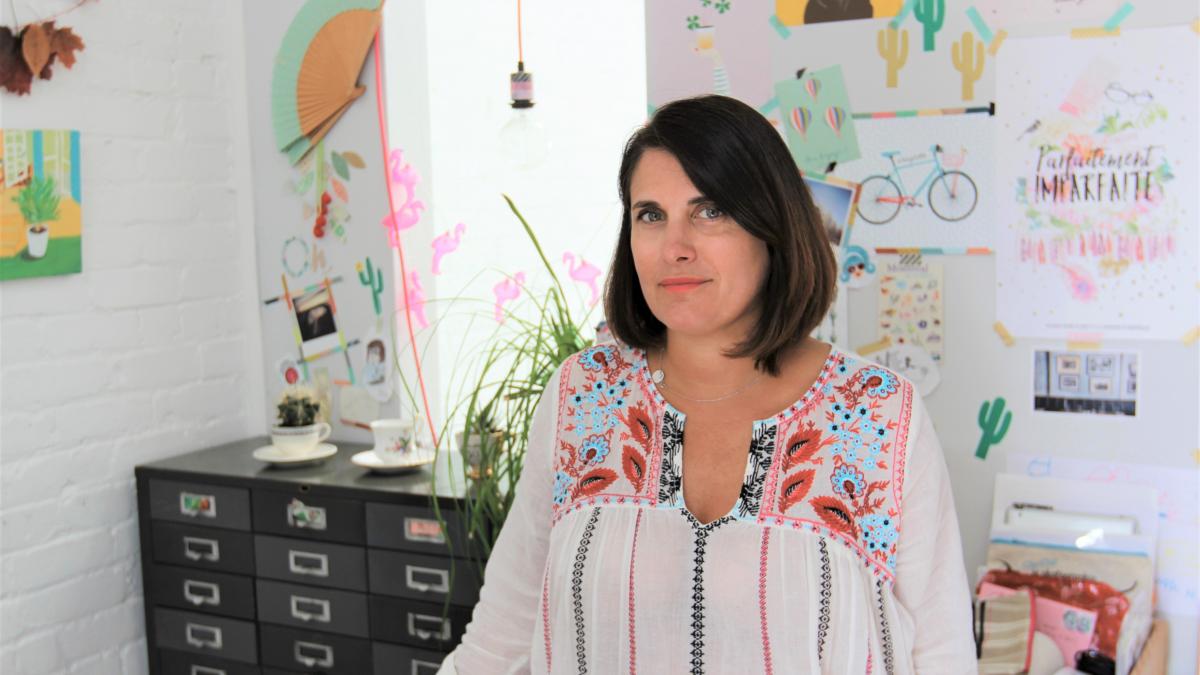 Graphic designer Marie-Laure Plano has spent the last three years in her sunny and colourful office imagining the playful universe that is Lili Graffiti, a line of stationery and decorative accessories sold online and in 85 boutiques across Canada and the United States.

Trained in graphic arts and urban design, for 15 years, she worked for various communications agencies in Paris before immigrating to Canada in 2010.

“After spending years in the frenzied agency environment, I had lost all interest in drawing, an activity that I had loved since a child, a form of expression very present in my home thanks to my mother who was a stylist-designer.” 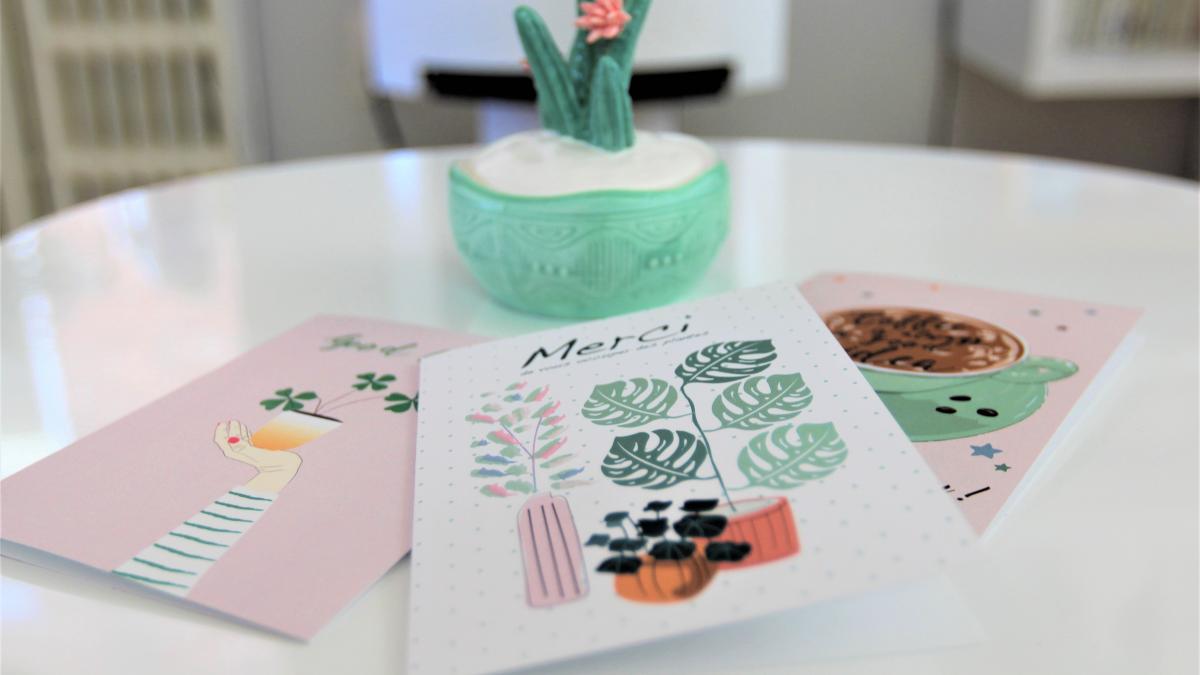 A Christmas card sent to her family and friends in 2015 set Marie-Laure Plano on a new path.

“This card drew high praise from my loved ones and encouraged me to draw again.” 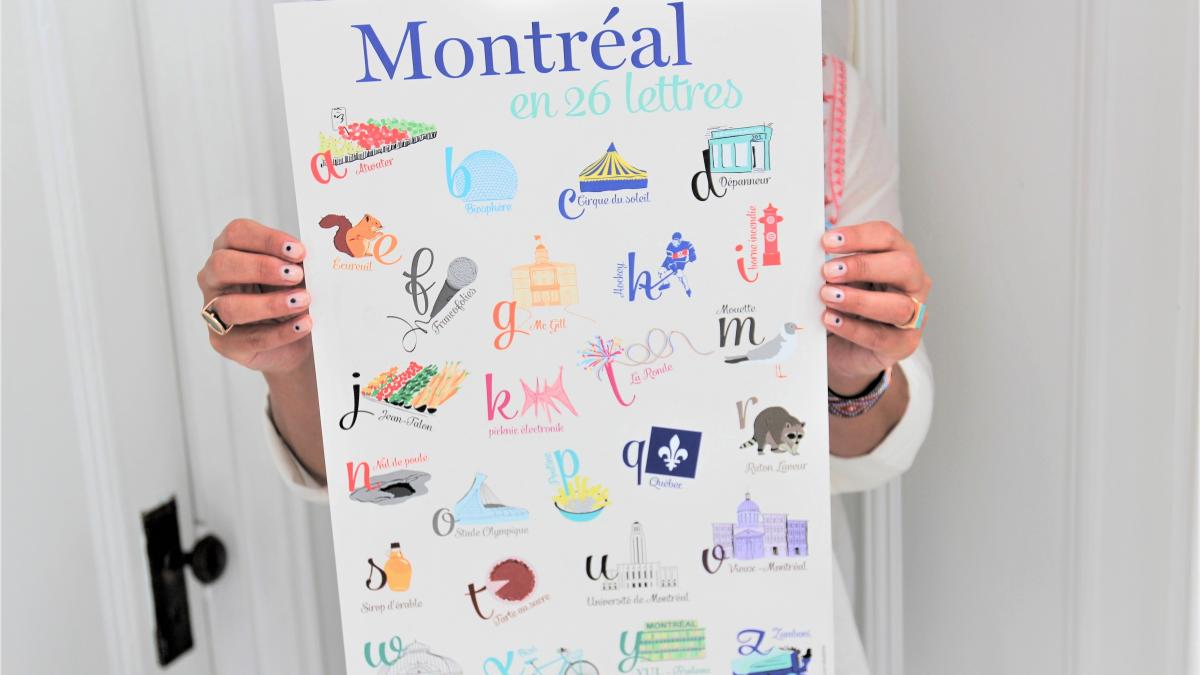 Success quickly followed with creation of a poster, Montréal en 26 lettres, that paired each letter of the alphabet with a place, event or animal particular to the city.

“To date, nearly 9,000 copies of this ABC have been sold. It is without a doubt my most successful seller.” 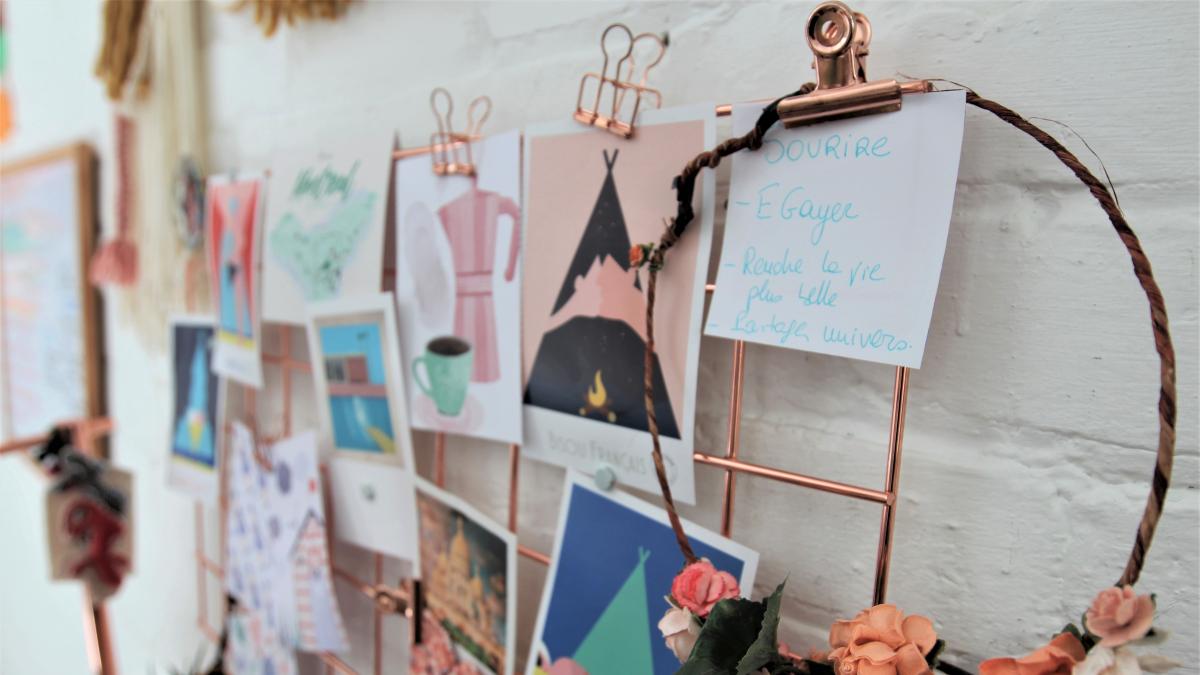 “I am a colourful person, a personality trait reflected in all my creations. Lively hues that evoke childhood define Lili Graffiti’s world. My primary goal is to brighten people’s lives with my illustrations.” 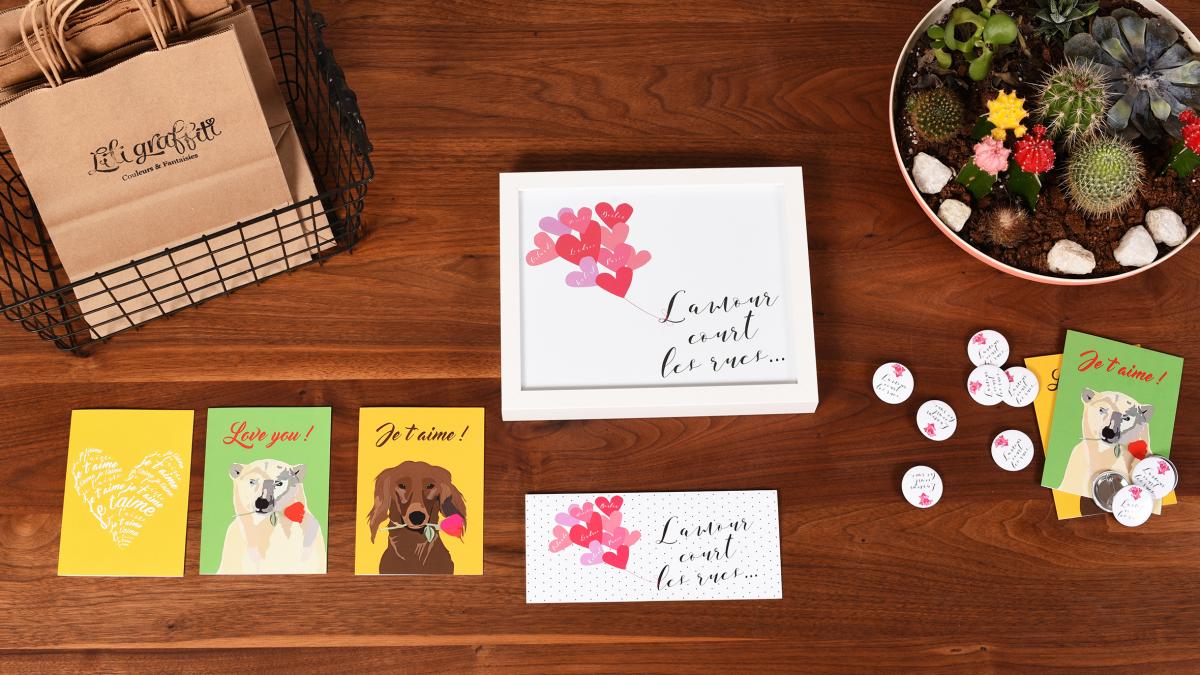 Marie-Laure Plano creates two collections each year, in March and in September. The designer’s autumn collection is imbued with the themes of travel, cooking, and love.

“This fall, I designed a poster call L’amour court les rues (in English, Love Fills the Streets) inspired by a graffiti artist who, since the November 2015 attacks, has tagged Paris streets with this phrase.”

The illustrator is already gearing up to participate in the National Stationery Show, the top stationery trade show in the U.S., to be held in New York next May.

“It’s a unique opportunity to meet artists from all over the world, including some I greatly admire like the two designers who head up Bloomwolf Studio. That said, the show requires a great deal of preparation. Among other things, I have to ready my spring collection and design a booth that stands out from the crowd.”

“Being selected to participate in the catalogue, to be endorsed by Montréal, makes finding resellers in the city that much easier.”

In the next two years, the designer would like to see her products sold in 200 stores.

“I recently hired two sales reps: one in California to develop the U.S. Market, and the other in Montréal who is focused on English-speaking Canada. Since I am originally from France, eventually, I would also like to explore the European market.” 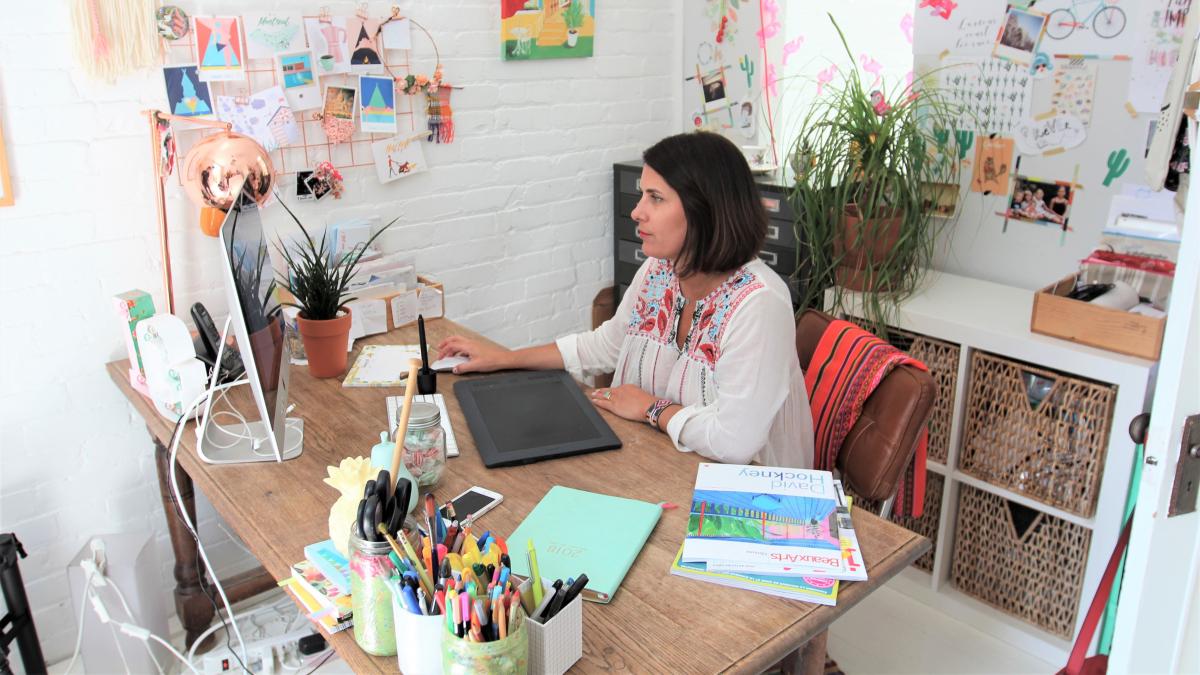 Montréal is a boundless source of wonder.

The way people in the street dress, the tattoos, and exotic animals she has seen when travelling, particularly during her visits to Peru and Bolivia, also spark her imagination.

Discover all the designers in the Design Montréal Directory who, like Marie-Laure Plano, are a source of pride and ambassadors for Montréal, a UNESCO design city.

Lili Graffiti is featured in the CODE SOUVENIR MONTRÉAL, Design Montréal’s gift catalogue. View the 200 products created by 59 designers from Montréal, then visit the store!  The products are available from designers and editors, or promoted by the growing network of stores displaying the official CODE SOUVENIR MONTRÉAL brand. To find stores, consult the Design Montréal Map. 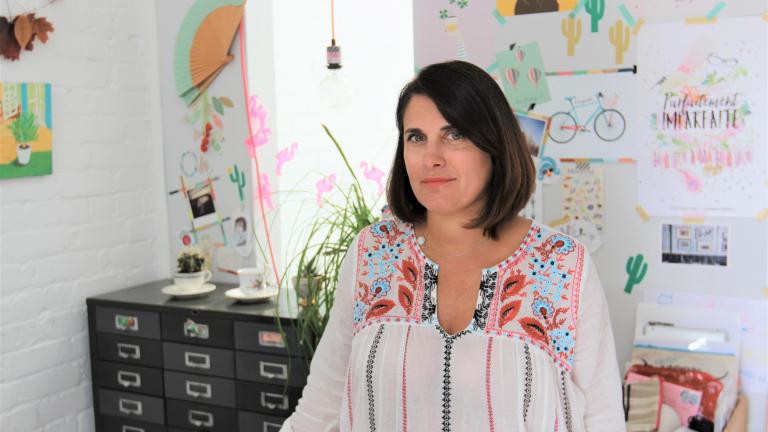