BIXI bicycles in London and Boston! 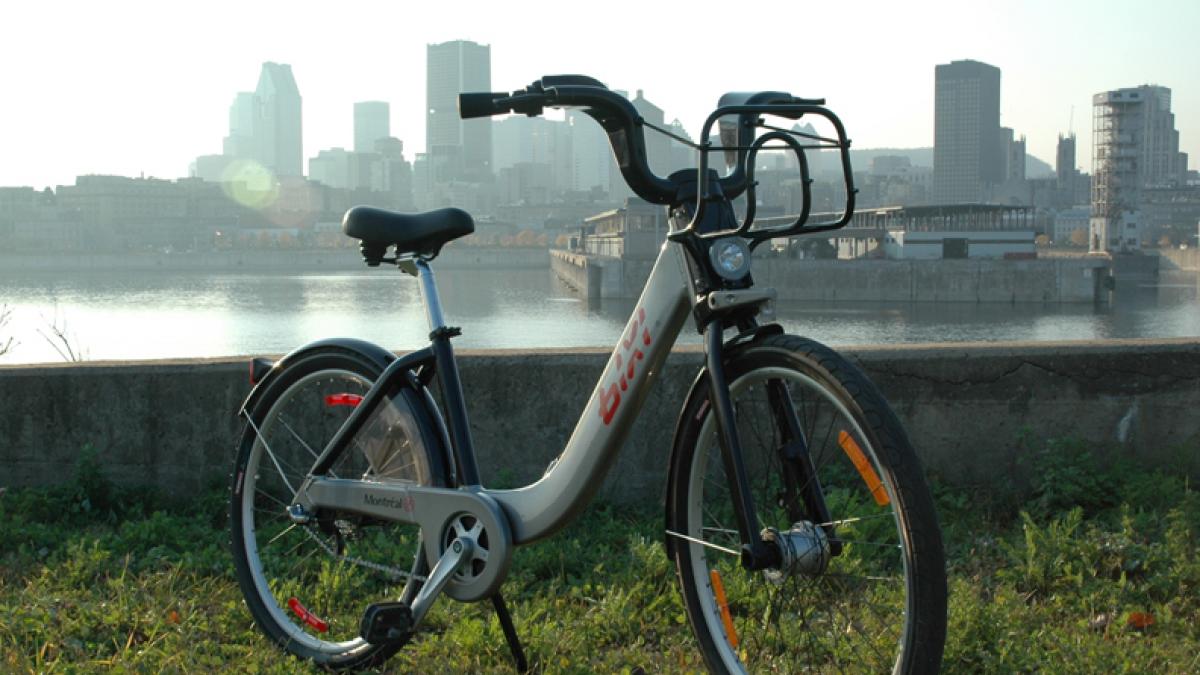 The Mayor of Montréal, Gérald Tremblay, and the Vice-Chairman of the Montréal Executive Committee responsible for the Transportation Plan, André Lavallée, were pleased to announce on August 12, 2009 that two major contracts have been signed to implement new self-serve bicycle systems in London and Boston.

The Mayor of London announced early this morning the awarding of a new contract by Transport of London (TfL) to Serco Group plc (Serco), an international service company, in association with BIXI, to design, implement and operate the London Hire Scheme (LCHS). The London bicycle rental system, with 6,000 bicycles, 400 stations and 10,000 hook-up spaces, will be an adaptation of the Montréal BIXI system to suit the specific needs of London users.

In addition, the Boston Metropolitan Area Planning Council (MAPC) will be working with BIXI to implement and operate its system in downtown Boston, as well as to expand it to neighbouring suburbs. The MAPC, in association with BIXI, will provide 2,500 bicycles, 290 stations and 3,750 hook-up spaces and aims to expand future service to offer 5,000 or more bicycles.

The Mayor of Montréal, Gérald Tremblay, acknowledged the success achieved by the BIXI system so soon after its introduction. “These two major projects prove that Montrealers have reason to be proud of their self-serve bicycle system. BIXI contributes to our city’s international reputation as a UNESCO City of Design, highlighting Montréal’s creative spirit, modern technology and innovation. All those who have taken part in the development and implementation of the BIXI system have every reason to be proud of this achievement and I congratulate them,” said Mayor Tremblay.

“The introduction of the BIXI system offers Montrealers and visitors a first-class alternate and active mode of transportation. Montréal is now a leader in the field of active transport solutions in cities and the new international reference in terms of self-serve bicycle systems. I am pleased that the success achieved by BIXI will add international visibility to the bicycles and the businesses involved in the project,” added André Lavallée.

“Montréal has always been and will remain our priority. The BIXI community is growing into a mass movement that will change the face of large cities. What’s nice is that BIXI was born here! Montréal is our best showcase to show off our product to other cities. We will never overlook Montréal users, because they have made BIXI what it is today. BIXI belongs to them, and now, they have more reasons to be proud of the system,” said Roger Plamondon, Chairman of the board of directors of the Société de vélo en libre-service. We knew right from the start that we had a unique product to offer and that it would be a winner. We quickly developed a marketing plan for the local and international markets. Today we are reaping the early benefits,” added Plamondon.

The BIXI system, designed by Michel Dallaire (MDDI), has won several international awards, including the recent International Design Excellence Award (IDEA), and ranks 19th on Time Magazine’s list of 50 best inventions of 2008. It is interesting to note that the BIXI system was developed from scratch in 18 months. Since its introduction in Montréal, BIXI has recorded more than 495,000 trips, equivalent to more than 3,500,000 kilometres traveled, has more than 8,500 members and 77,000 occasional users.

Please visit bixisystem.com for information on price structure and various awards, including the prestigious Edison Award. 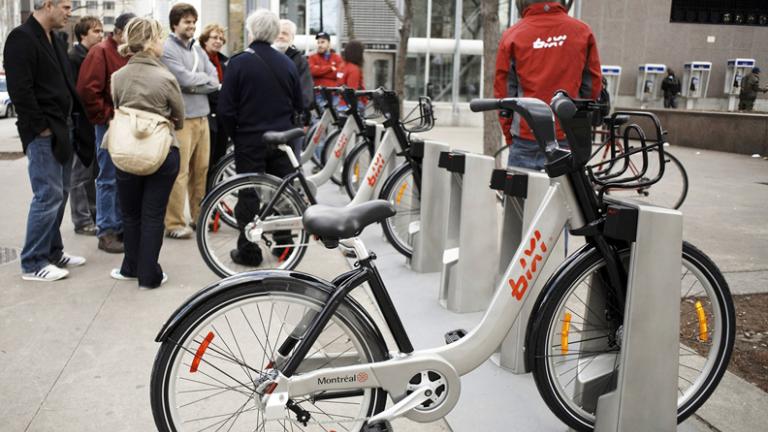 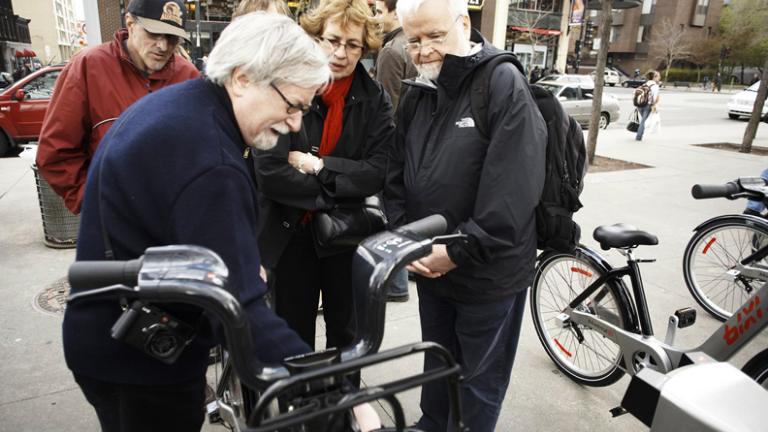 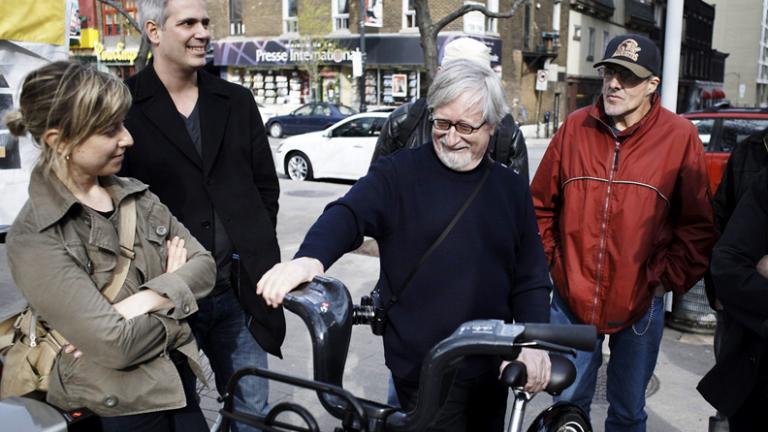 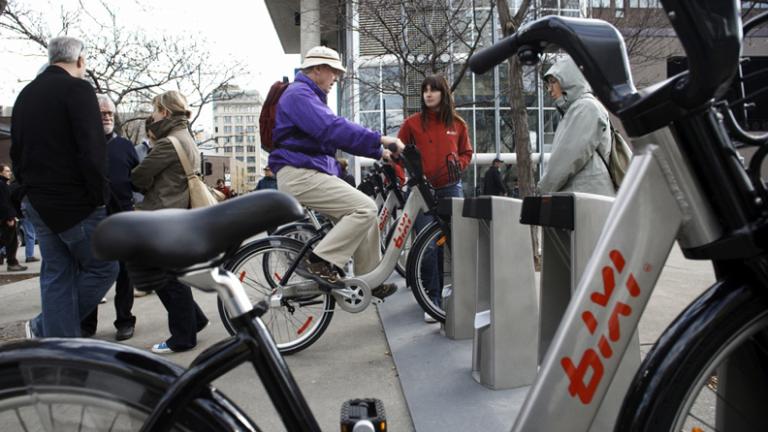 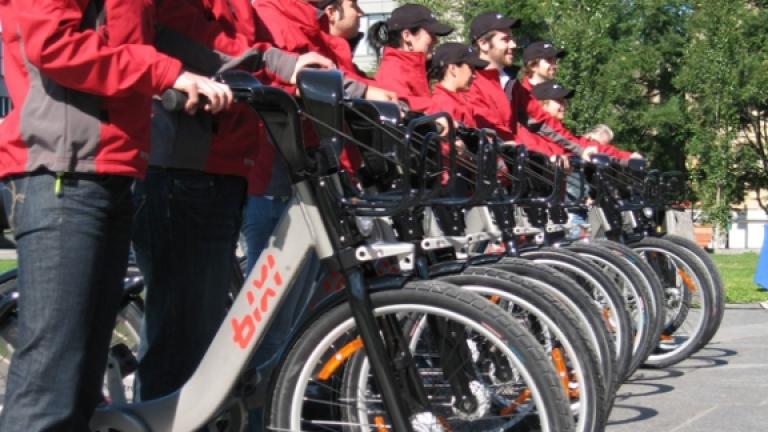 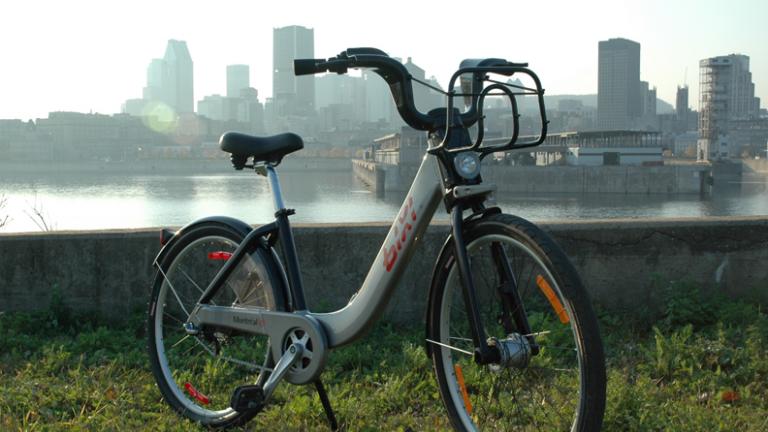