Webinar - Strategies for Temporary and Transitional Design of Public Spaces

On February 23rd, the Bureau du design hosted a webinar on temporary and transitional public spaces. Open to all, the session aimed to be both pedagogical and inspirational. It outlined lessons learned from various pedestrianization projects on commercial streets implemented by Montréal over the past two years, as well as explored innovative design practices that could strengthen further actions. It was an opportunity to get together, share ideas and get involved in the collective endeavours for high quality summer 2022 projects.

Led by Alice Covatta, an Architect and Assistant Professor at the Université de Montréal School of Architecture, the webinar addressed four major categories of challenges that have impacts on the design quality of temporary and transitional public spaces:

The webinar presentation document is available upon request, please contact us.

View the archived webinar (in French Only) :

Webinar - Strategies for Temporary and Transitional Design of Public Spaces

Alice Covatta is an Assistant Professor at the Université de Montréal School of Architecture. She is interested in the interdependent relationship between design of urban spaces in hyper-densified cities and the health of users. Her research, presented at international conferences and in various publications, has helped improve knowledge of development of urban landscapes around promotion of social values, health, and the notion of public space.

Dr. Covatta graduated in Architecture with honours from IUAV University in Venice, and went on to obtain a PhD in Architecture and Urban Design with highest distinction from the University of Udine. Since then, she has maintained a high-profile and varied professional practice with firms such as Andrea Caputo, Kengo Kuma and Albert Abut Architecture. In 2016, she was awarded a Japan Foundation Postdoctoral Fellowship and then worked as a visiting researcher at Keio University in Tokyo until 2019.

In 2018, she co-founded her own agency, CoPE, which won the Europan 14 competition for the urban redevelopment of Neu-Ulm, Germany. She is also a contributor to the Italian magazine Domus and a consultant for Warehouse TERRADA in Tokyo. Her works have been exhibited at the Venice Biennale (2009) and at MAXXI Museum in Rome (2015), among other venues. 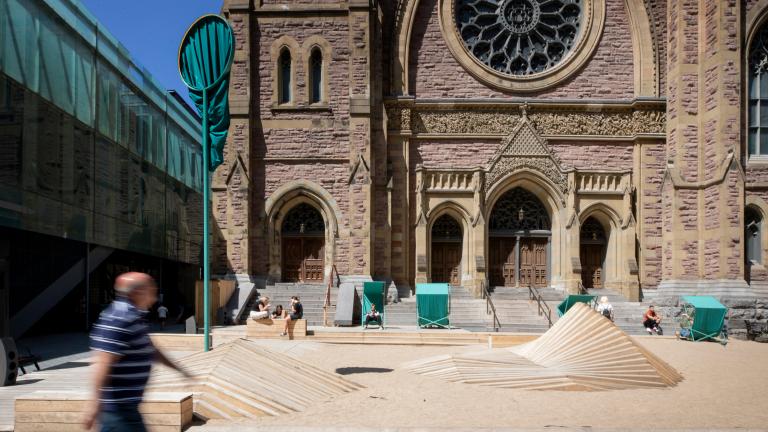