Montréal is a city of designers: An Interview with Web Designer Marc-Antoine Jacques

— Third in a 10-portrait series 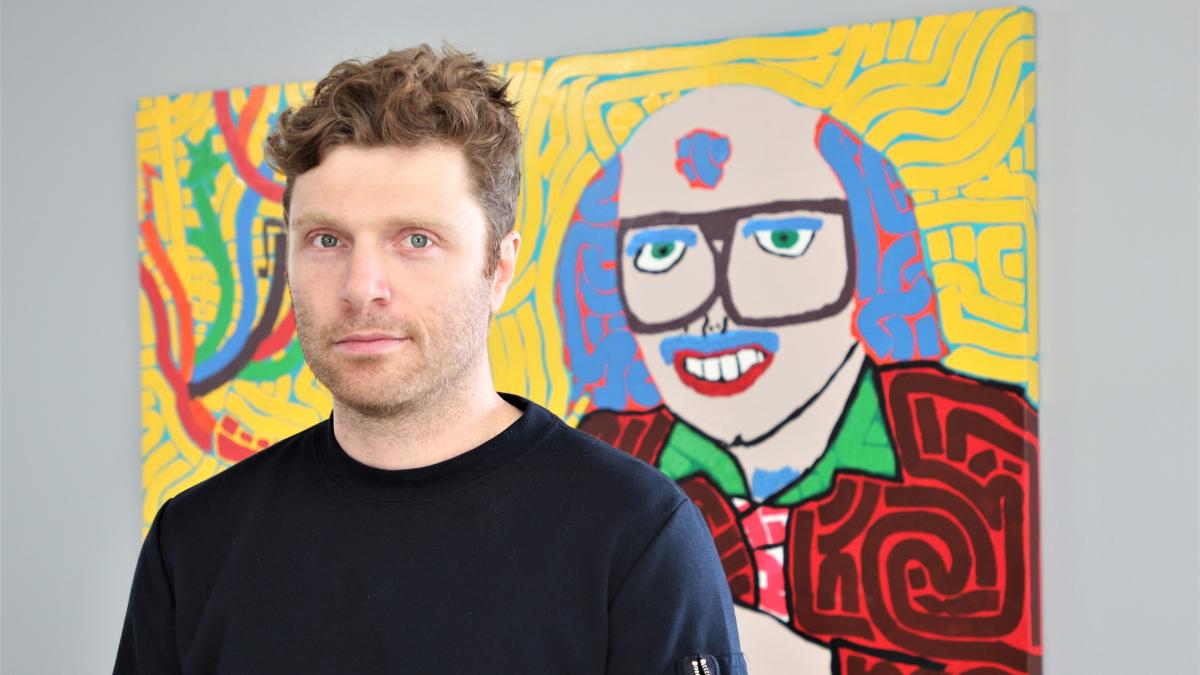 There is nothing “traditional” about folklore. For the last four years, this digital content studio in south-central Montréal has been designing truly ground-breaking interactive experiences.

Mythes 2.0, a collaboration with the National Film Board of Canada and the Montréal daily Le Devoir, really launched Folklore.

“It was a web documentary about how instant stars are born online. Thanks to this project, which won us the Boomerang Prize in 2013, we profited from a lot of visibility.”

Since then, the studio has gone on to win 20 more prizes at home and abroad. 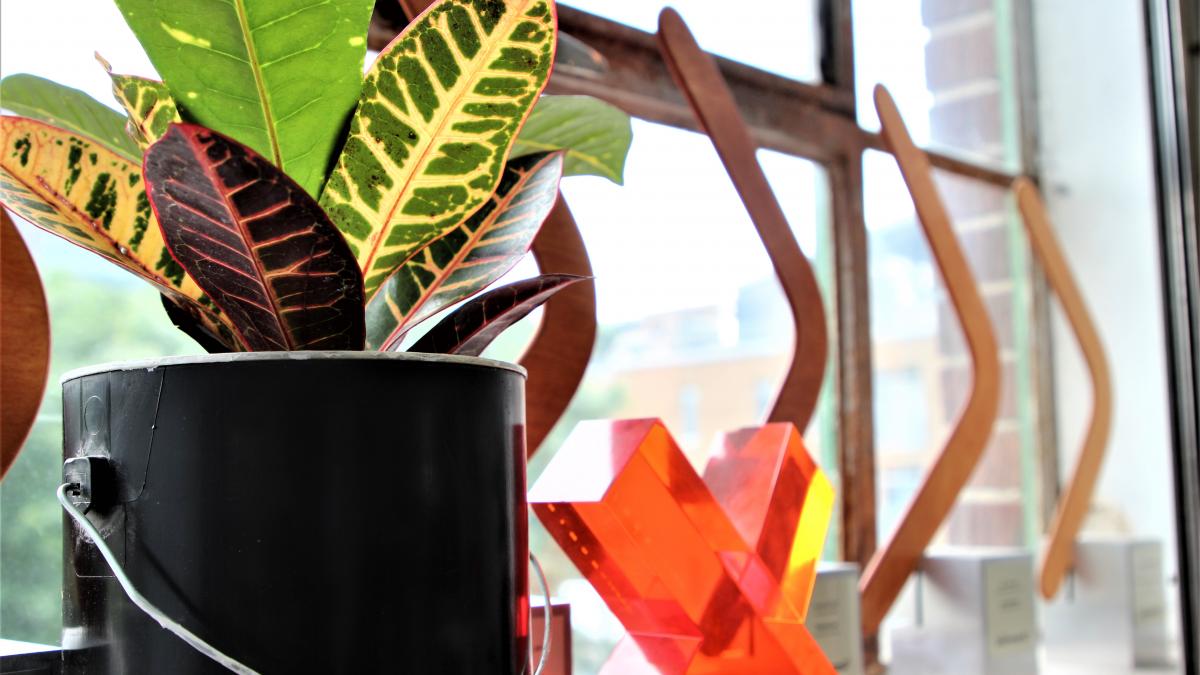 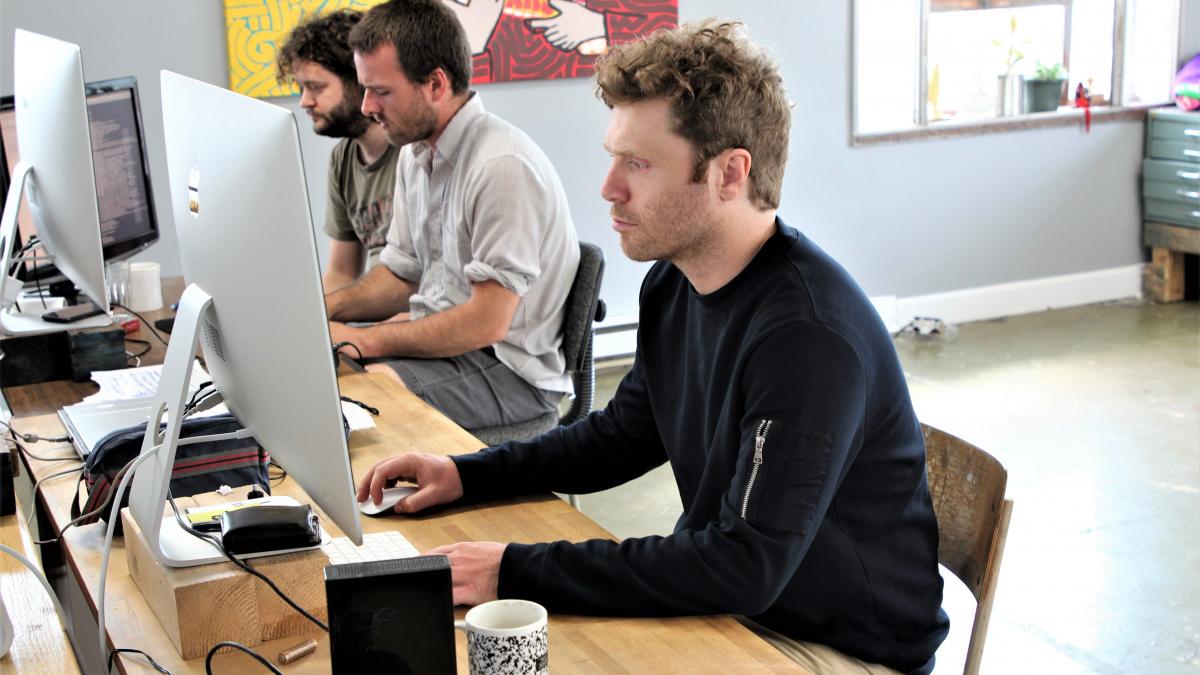 Folklore is currently in development on Alpha et Oméga, a web series created by Radio-Canada, Urbania Média, and the Nouveau Théâtre Expérimental (NTE). Throughout the series, the public will be able to participate in the creation of a play that will be performed live at the Théatre Espace Libre in 2018.

“The participation of the online community makes it a huge technical challenge. The online audience will be able to choose the scenery and the actors who will play the various roles. So, our team has to build the digital platforms that make participation possible. Obviously, it’s our biggest commitment this year.” 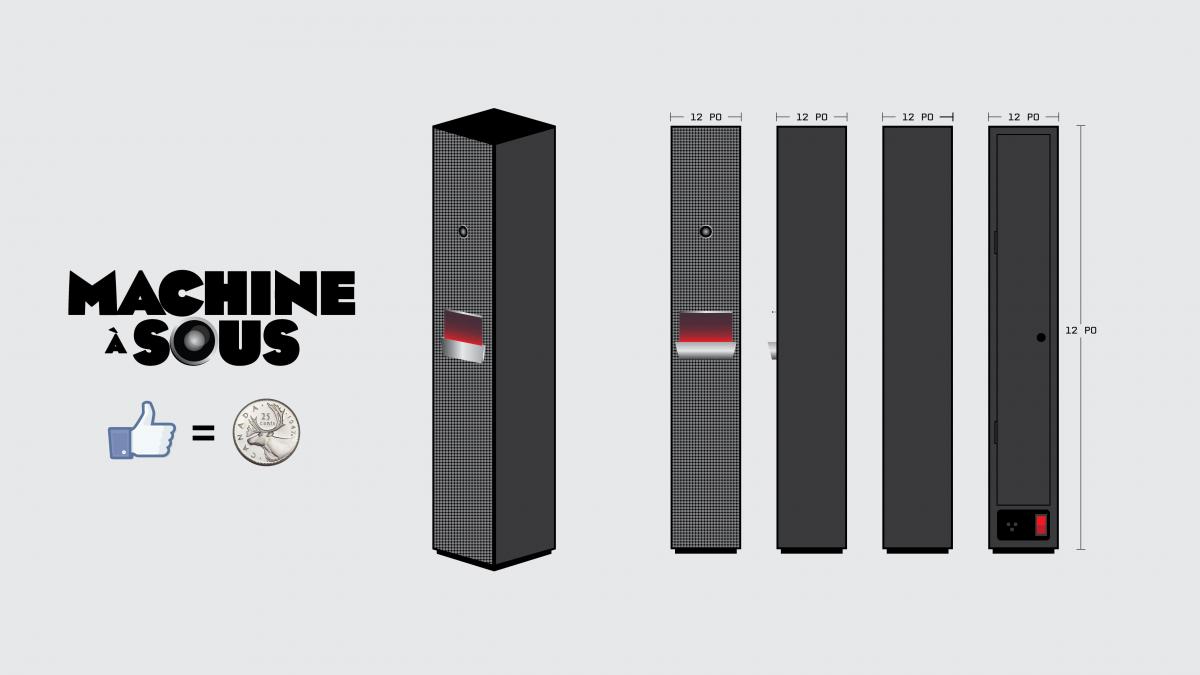 The studio is also putting the finishing touches on an new-fangled slot machine that will make it possible to live-stream video on Facebook. By “liking” the virtual content, online fans will cause the slot machine to dispense real cash.

“We plan to loan this machines to cultural organizations that can use it to remunerate artists during promotional events or performances.”

Despite its success, the studio has no plans for rapid expansion.

“It’s not our ambition to staff up to 50 by next year. We prefer to grow slowly so that we can continue to take on the projects that inspire us.”

“Although strict standards govern graphic design, particularly when it comes to typography, I’m open to breaking the established rules in order to create iconoclastic, nutty projects.”

“Momo, famous for saying ‘Tequila, Heineken, pas l’temps d’niaiser!’ and was featured in the documentary Mythes 2.0, is a great example of a meme that attracted 2 million views on YouTube.”

Originally from the Beauce region, the designer loves the eclecticism of his adopted city.

“Each neighbourhood, each metro stop has its own style. When it comes to architecture, I love the way the Molson factory blends old and new. This building is a jewel in Montréal and must be preserved!”

Discover all the designers in the Design Montréal Directory who, like Marc-Antoine Jacques, are a source of pride and ambassadors for Montréal, a UNESCO design city! 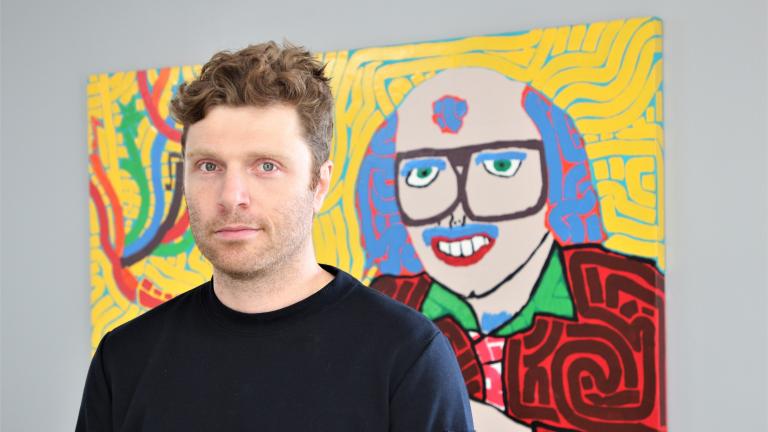 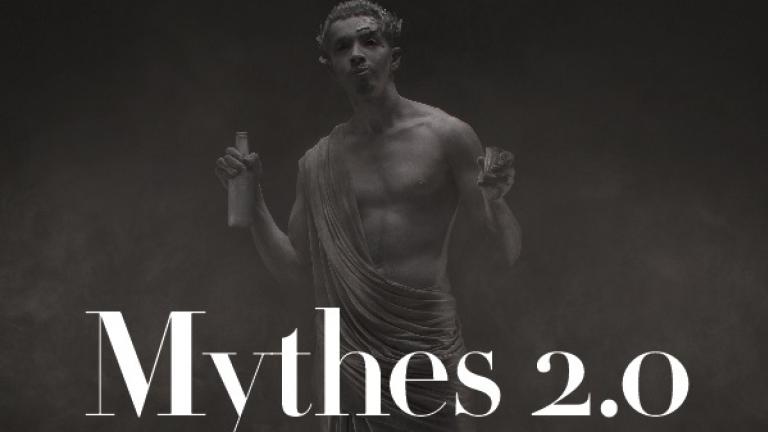