Montréal 2030 Agenda for Quality and Exemplarity in Design and Architecture

Montréal, December 13, 2019 – The City of Montréal have taken significant action towards enhancing the quality of its built environment. In adopting the Montréal 2030 Agenda for Quality and Exemplarity in Design and Architecture, the City has made a commitment to leveraging sustainability, creativity and innovation, and made designers and architects front-line allies in successfully negotiating the city’s green and social transition.

The Agenda is inspired by best practices in design and architecture around the world. It took shape through a broad-based process of consultation that involved the city administration’s internal teams along with the design/architecture business ecosystem and civil-society stakeholders. The Agenda defines guiding principles for ensuring quality in design and architecture and determines priority actions. It will manifest itself in the cross-cutting integration of objectives and measures in all of the city’s plans and policies, including those yet to come. It engages and empowers all of the city’s central departments, the boroughs and paramunicipal organizations on paths of exemplarity, experimentation and innovation.

Montréal benefits from a rich pool of talents in all disciplines of design and a diversified, buoyant ecosystem of businesses, universities and research centres to ensure our economic vitality in a context of ecological transition,” enthused Robert Beaudry, Executive Committee member responsible for Economic and Commercial Development, Housing and Design. I thank everyone who was involved in developing this agenda, the first of its kind in Montréal. This process is one of mobilization and engagement toward a common goal: that of imparting a taste for quality in Montréal, and the means to achieve it, so that we are fully deserving of our status as a UNESCO City of Design.

This initiative is supported by nearly 30 years of municipal actions in design and architecture, the expertise and reputation of the city’s Bureau du design, Montréal’s UNESCO City of Design status and the forthcoming adoption of a Québec Architecture Strategy, which will acknowledge the specific characteristics of Montréal’s status as Québec’s metropolis.

About Montréal, UNESCO City of Design

Montréal was named a UNESCO City of Design in 2006, joining the Creative Cities Network established by UNESCO, which now includes 246 member cities in seven creative fields (Crafts and Folk Art, Design, Film, Gastronomy, Literature, Media Arts, and Music), 40 of which are Cities of Design. In attributing that title to Montréal, UNESCO acknowledged the potential of designers to contribute to the city’s future, as well as the commitment and determination of the city administration, other levels of government and civil society to build on that strength for the purpose of enhancing Montrealers’ quality of life. Montréal’s designation was renewed in June 2016, on the strength of an acclaimed 10-year track record cited as an example by the UNESCO. 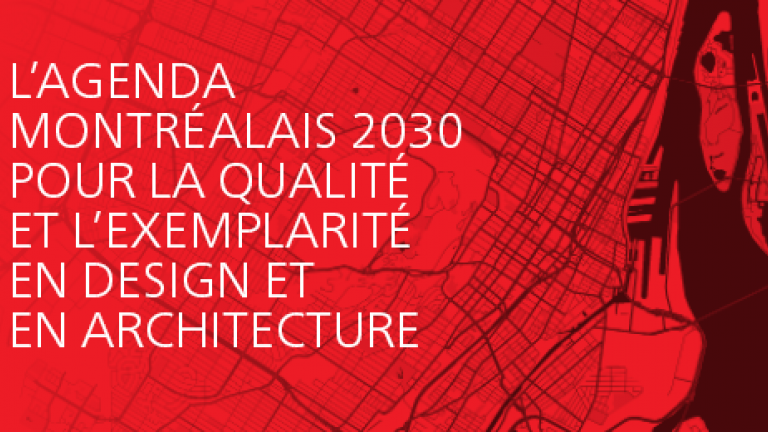 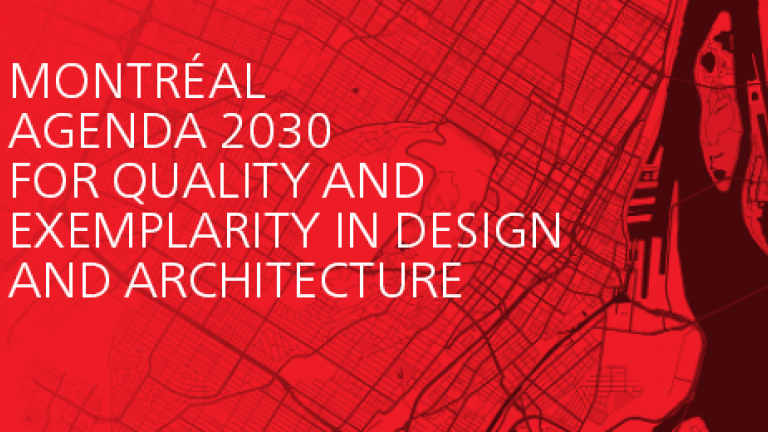