Ying Gao is a fashion designer and a professor at UQÀM’s Graduate School of Fashion as well as its School of Design. Her work questions the notion of clothing as objects with a finality and whose shapes cannot be modulated. She has been exploring garments and their construction while observing the transformations in urban environments since 2002, when she designed two clothing collections, Pékin and Accidents de parcours, inspired by the traditional hutong architecture of Beijing as well as the city’s newer urbanization. Returning to Montréal in September 2003, she tackled the projects Cardigan météorologue (2005) and Indice de l’indifférence (2006), in which she investigated the relationships between individuals, their cities and their climatic and social environments. Ms. Gao created two new projects, Walking City (2007) and Living Pod (2008), as tributes to Archigram, a British architectural collective. They are interactive garments, one inflatable and the other light-sensitive. Her work has been shown extensively around the world, and she was the only fashion designer included in Wallpaper* magazine’s Canadian Top 40 in 2009. In the summer of 2011, she had an exhibition at the Musée national des beaux-arts du Québec. 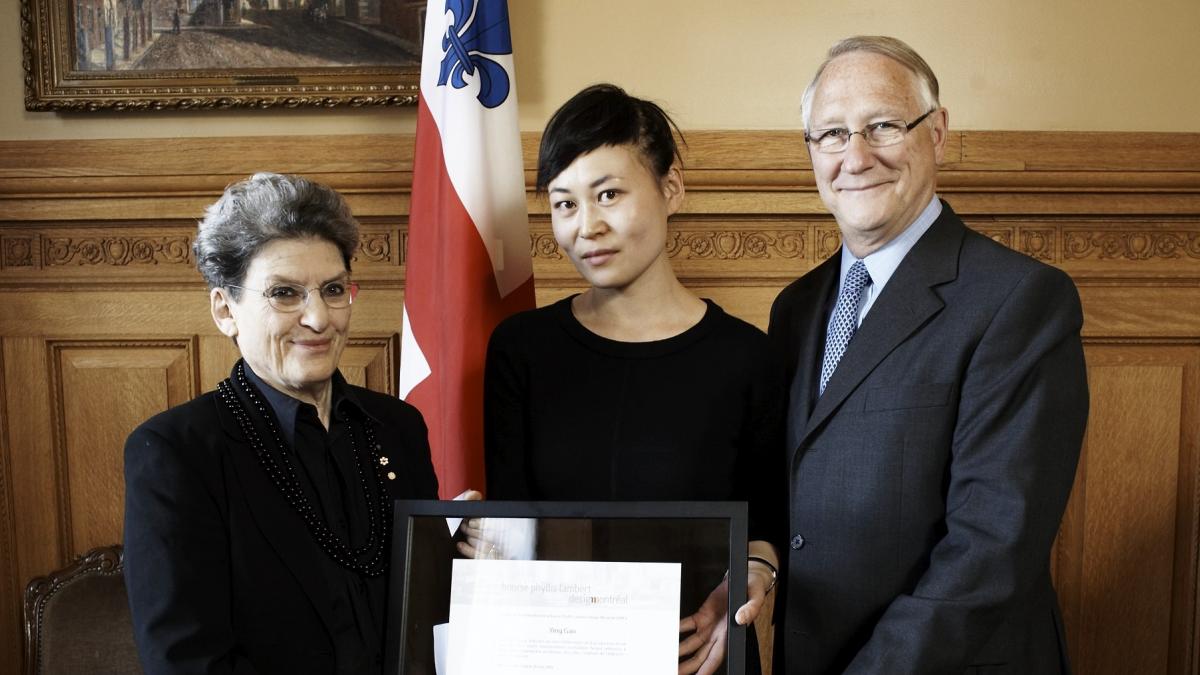