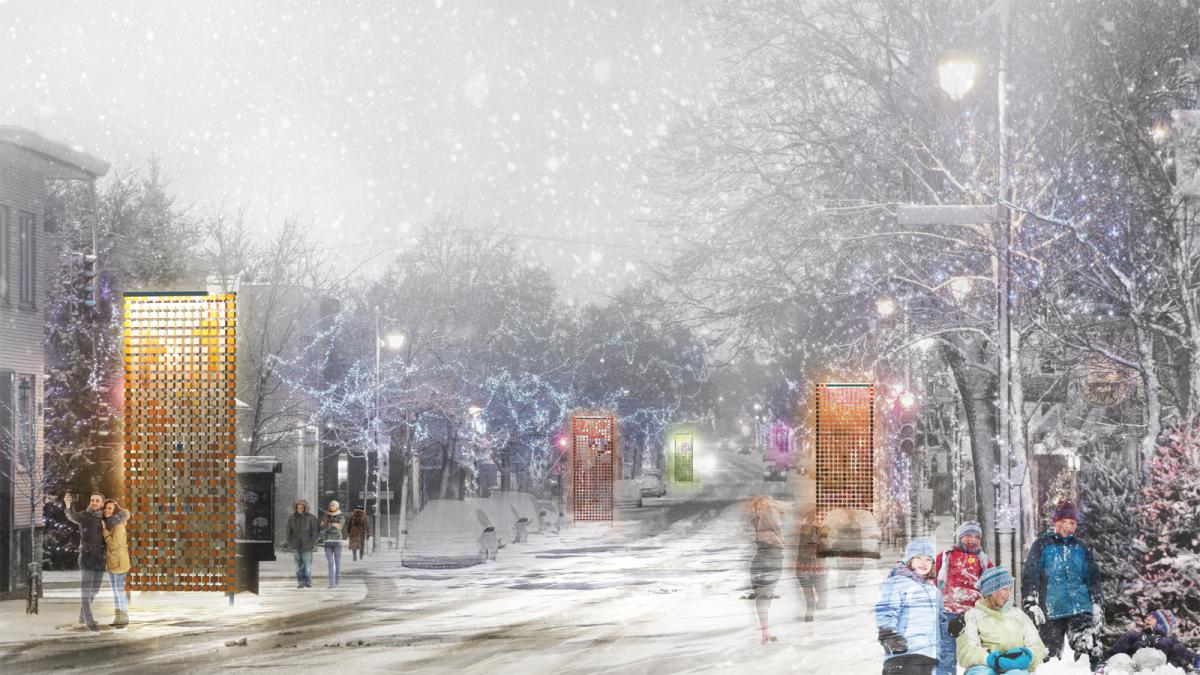 "La Courtepointe presents an intergenerational concept that calls upon our childhood memories. Through the assembly of its small components, it creates a playful narrative that unites all Rue Fleury and turns it into an experience like no other in Montréal. Each of the 15 quilts comprises 442 coloured cubes, half of which rotate according to the whims of passersby. They can serve to "draw" a pattern, an abstract shape, or even an original backdrop, using the various colours displayed on the quilt.

"The quilts are installed for a period of at least 60 months, which could easily be extended. Every spring, the assembly team pivots the fixed cubes in the upper portions, according to a new graphical motif in line with the theme specific to each quilt. This evolving content renews user interest over the five-year period. The lower zones, which are the interactive portions, are constantly transformed and renewed as passersby see fit. As a result, the overall work continually evolves, from day to day, season to season, and year to year.

"The quilts reflect the stories of Rue Fleury and create a new way for people to engage with the street. The large scale of the installations and their repetition create a new environment where people gather to talk about the history of the neighbourhood." - Excerpts from the winning presentation

"The installations’ size matches the scale of the street, providing a powerful year round presence, day and night. … The works are also renewed over the years, maintaining their appeal. … The project is by far the most interactive. The lower portion of the installation changes as the public engages with it, which also hints at many other ways for the SDC and business owners to use it.

"The project focuses on excitement rather than functional accommodation. This stance, and the concept’s dominant playful character won the jury over unanimously." - Excerpts from the jury’s report 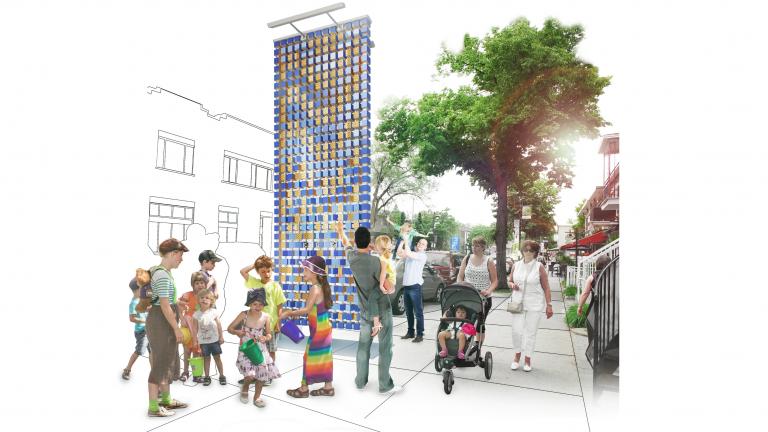 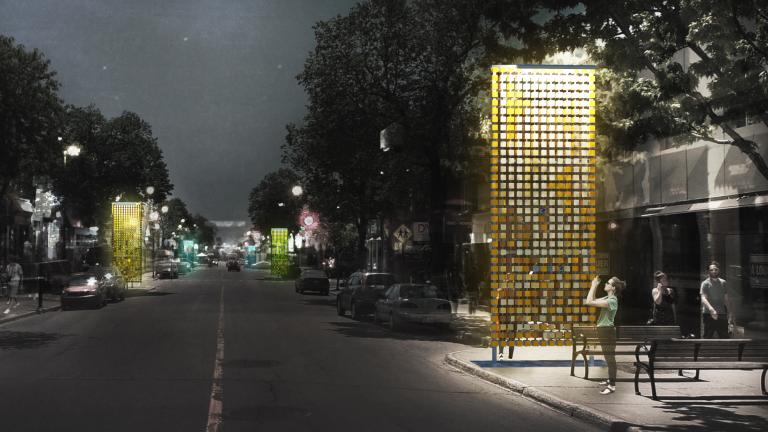 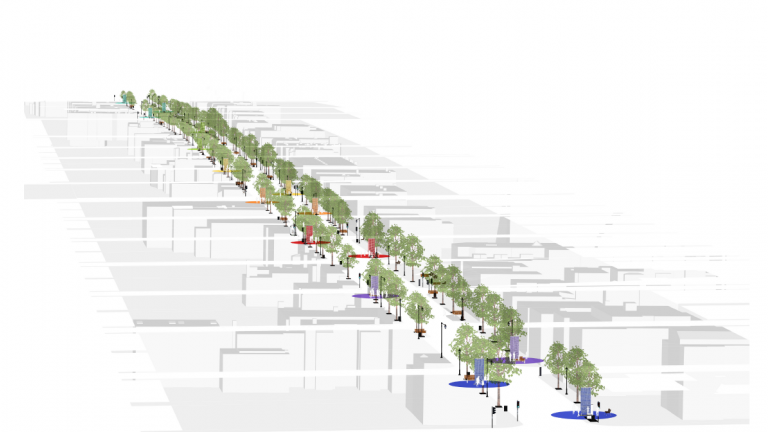 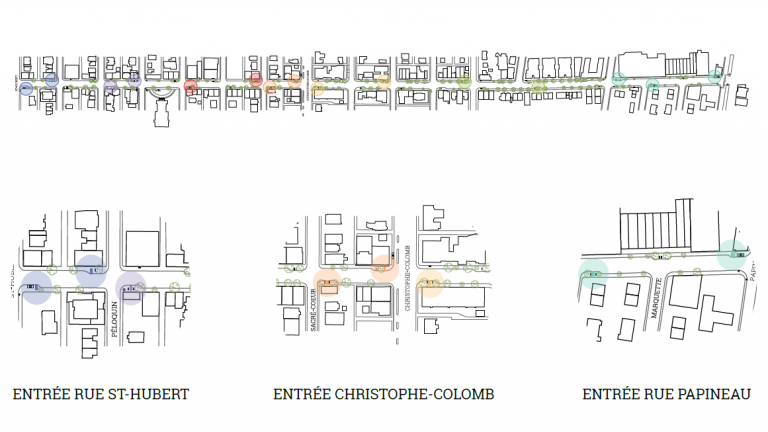 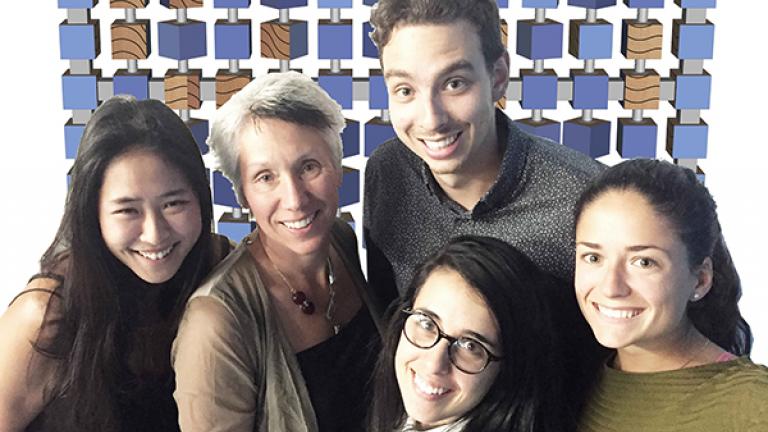