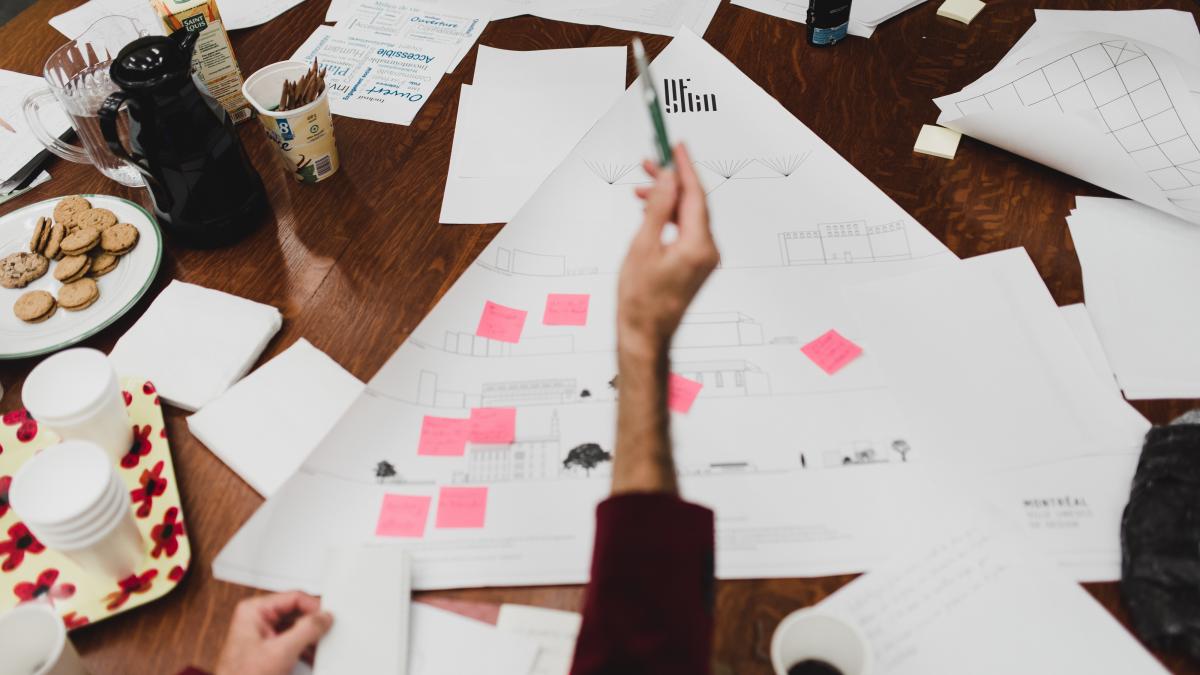 From one library to the other: Digital crossing via Place Gérald-Godin

This project is part of an initiative to raise Montrealers' awareness of architecture and design, highlighting three particularly rich examples of built heritage: the Bibliothèque du Plateau-Mont-Royal, Place Gérald-Godin and the Sanctuaire du Saint-Sacrement site. It draws inspiration not only from the exceptional geographical context benefiting the Bibliothèque du Plateau, but also from the desire to provide residents with a means of exploring the architecture and design of these sites from a new, digital perspective.

Based on the system of architectural representation using sections and elevation, the project involves development of a multiplatform app for touchscreen devices (smartphones and tablets). Users will walk from the current library to the site of the future library, crossing Place Gérald-Godin, while interacting with their mobile device. The app will also feature a soundscape consisting of a poem recited by Gérald Godin and sounds of urban life on the Plateau.

The app will contain around 50 images, each representing architectural elements, historical fact, or personal anecdotes from users relating to the space (the latter could be collected during the first participatory design workshop). Some images will draw the user's attention to architectural elements of the sites concerned; e.g., the wall by sculptor Lisette Lemieux or the stone of the building's exterior cladding.

The timeline is the app's connecting thread: from the past, exemplified by the current library, to the present, via the Place Gérald-Godin redevelopment project, to the future, symbolized by the planned library, the theme of the passage of time will be omnipresent in the app.

To complement the historical, cultural and technical content of the app, an initial citizen participation motivation session helped to conceptualize its parameters. By means of an "idea wall" visible to all, participants were asked to use their creativity to enrich the project content.

A co-design activity will be held to finalize the citizen contributions to the project's development as well as continue pursuing the goal of raising awareness of architecture and design. In addition, this project, with its similarities to a digital exhibition, will enable members of the public to be core participants in a design experiment, actively contributing to revitalization and enrichment of the libraries' cultural supply and programming.

The library entrance hall will feature signage promoting the app. Users will be able to borrow tablets and headphones at the library desk to experiment with the app, or use their own mobile devices. This project is aimed at Plateau-Mont-Royal borough residents as well as the many Montrealers who visit the area. The expected benefits of this digital experiment are considerable, given the significant numbers of visitors to the site.

This project is meant to be sustainable: new content could be added in years to come, for example during construction of the new métro entrance (early 2018), the new Place Gérald Godin (early 2019), or the new Plateau-Mont-Royal library and maison de la culture (early 2020). The content of the application, intended to highlight the architectural styles, patterns and forms of the current and future library, will ensure the project's longevity. The app will remain available online via the App Store and Google Play. 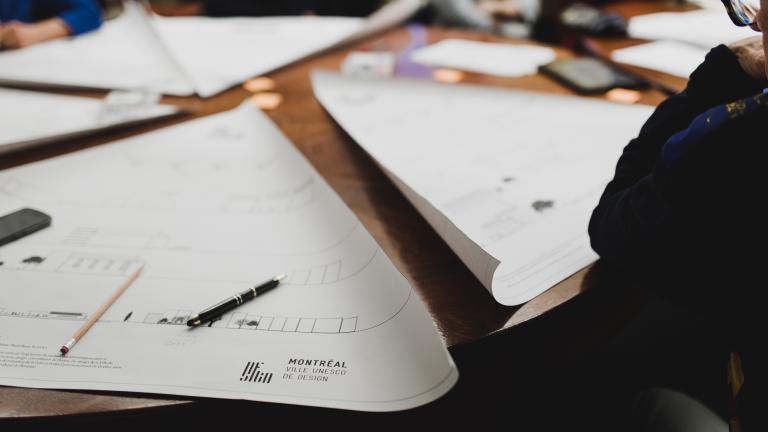 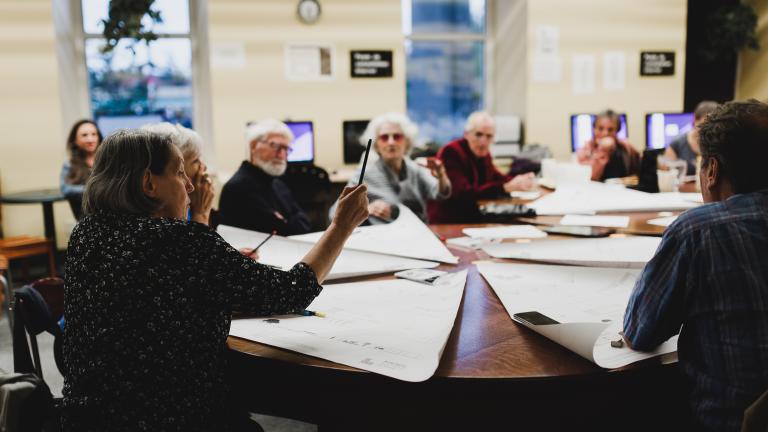 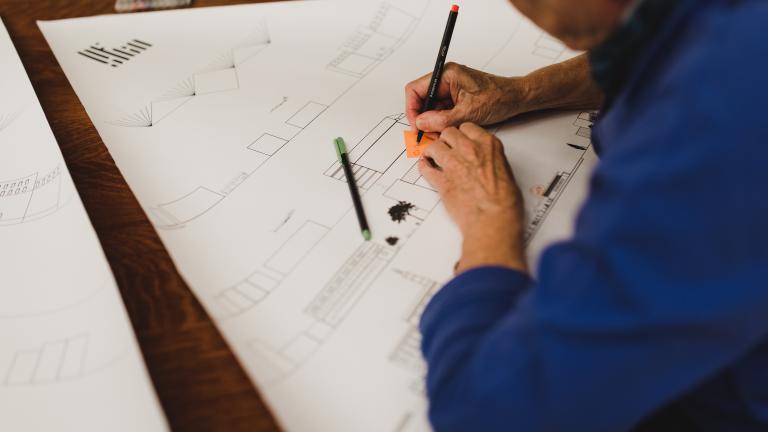 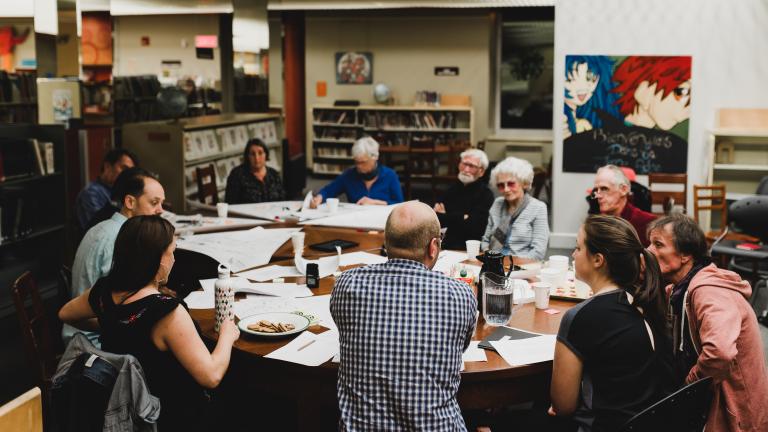 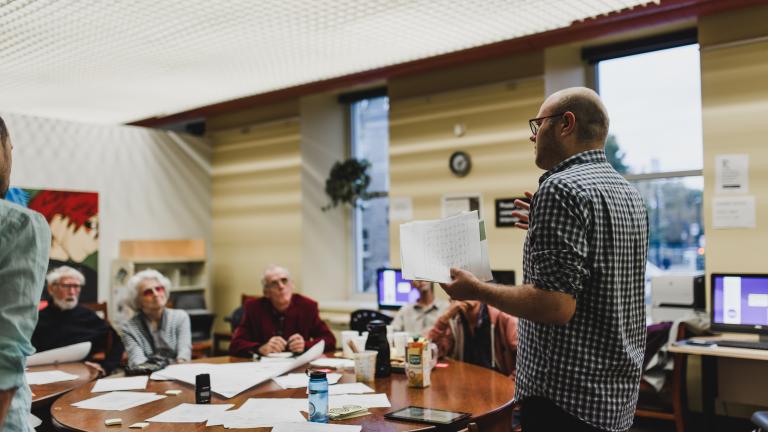 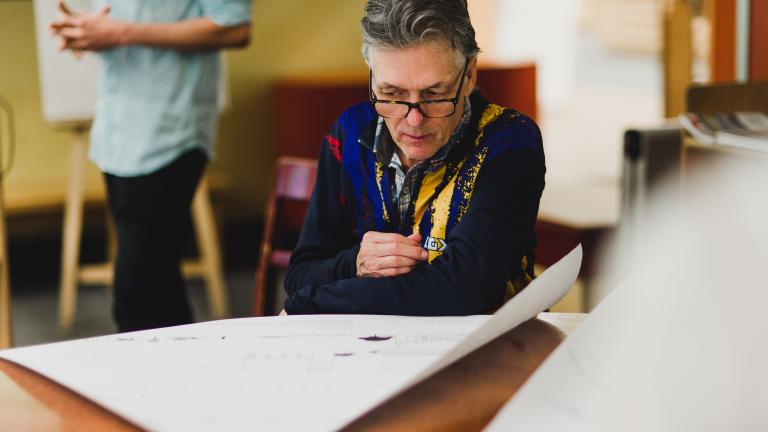 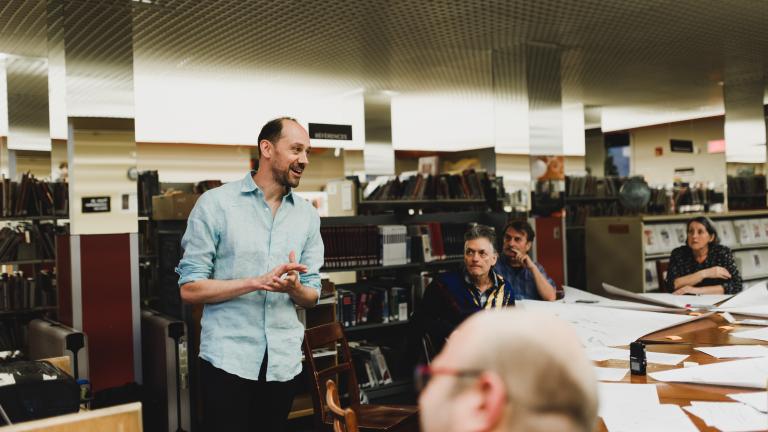 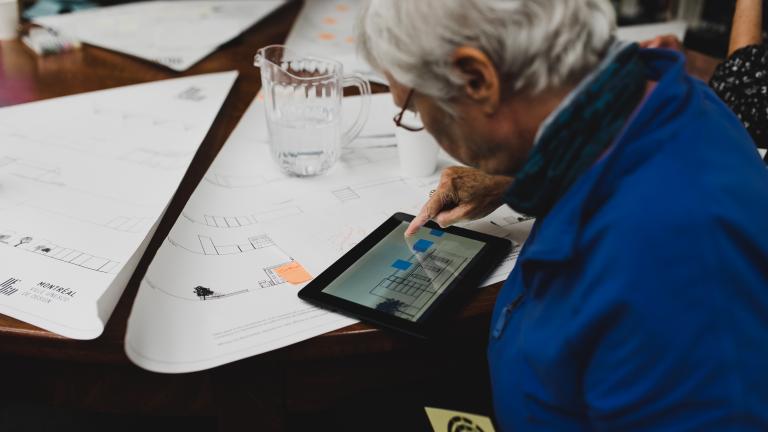 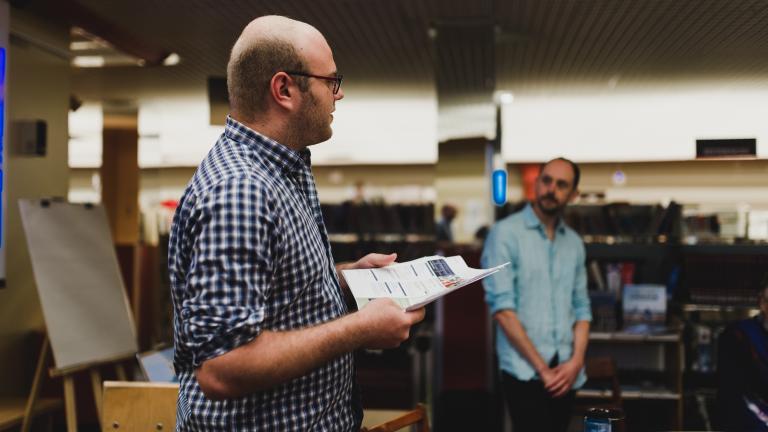