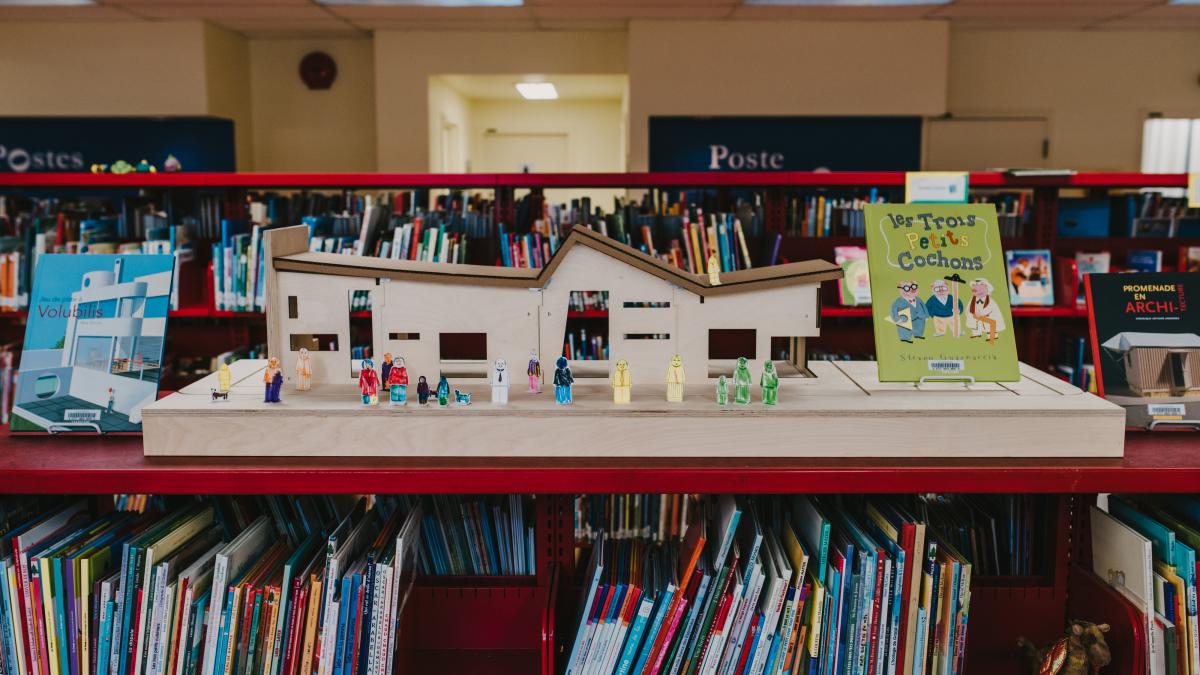 The 2003–2004 renovations and expansion of the Bibliothèque Hochelaga emphasized an opening-out onto the community. From the ceiling design inspired by an open book to the abundant window openings and playful signage, a multitude of details (often unknown to the children who use the library) contribute to its architectural identity.

A book on your head, your head in books

Neighbourhood children and families are invited to explore the architectural details of this magnificent library by taking part in an architecture tour and a series of workshops organized and facilitated by Design par Judith Portier.

The architecture tour, specially designed to awaken children's interest in the building, will highlight the library expansion, especially the ways in which it integrates with the surrounding community, and the literary themes of the architectural design. It will be followed by model design/build workshops, during which participants will be asked to assemble a representation of the Bibliothèque Hochelaga. More than just a collective endeavour, the model project will allow children to assimilate the design and architecture concepts presented during the tour. The youngsters and their parents' input will also be sought for a storytelling hour on the theme of architecture, during which participants will be invited to decorate human and animal figures as well as vehicles for the model.

The series of activities will culminate with a vernissage late in the day on October 22, 2016, during which the final model will be unveiled for neighbourhood residents. The group work will then be exhibited permanently at the library.

Tour of the interior of the Bibliothèque Hochelaga, focusing on the main points of architectural interest in the library, allowing families to learn more about the details of the expansion completed in 2003–2004. Participants will first explore the expansion (before-and-after), followed by the concept of opening out onto the neighbourhood developed by the architect (this aspect will be addressed by having participants observe the sightlines through the large windows), and finally 8 to 12 points of architectural interest in the building. The tour will conclude with an invitation to children and parents to take part in the model design/build workshop.

Backgrounder texts identifying the points of interest will have been set up in the key locations to visit. They will remain in place following the event, so that residents visiting the library can learn more about its architecture even if they were unable to be part of the tour.

This first workshop will follow the architecture tour. The designer will cover the basics of model design: the building foundations and the physical surroundings (e.g., neighbourhood, parking, green spaces), along with the walls, windows and roof. During the workshop, the children will assemble these various components.

This workshop will begin with a storytelling session on the topic of construction and houses. The activity will be facilitated by the librarian and will provide an introduction to architecture for very young children. The designer will then take over, extending the topic to architecture, with concrete examples for little ones (e.g., Let's design a house. What do we find there? Walls, a roof, a door, etc.).

The children and their parents will then be invited to decorate the pre-cut silhouettes of people, animals and vehicles that will populate the model.

The children (who do not necessarily have to have participated in the October 22 workshop) will be invited to put the final touches on the model, installing the materials, colours, textures and minute details (e.g., door handles). With the designer, they will prep the model for display (e.g., affixing components in their final positions).

The vernissage of the model will be held in a festive atmosphere. The designer will give a presentation of the project and the model, and introduce the children. There will be a traditional ribbon-cutting ceremony, cake will be served (compliments of the library), and an official photo will be taken.

After the vernissage, the model will go on permanent display in the Bibliothèque Hochelaga, allowing users who did not take part in the project to discover the young workshop participants' work as well as see their library in a new light. In addition, all project participants will receive a postcard with an illustration of the model as a memento of their experience. 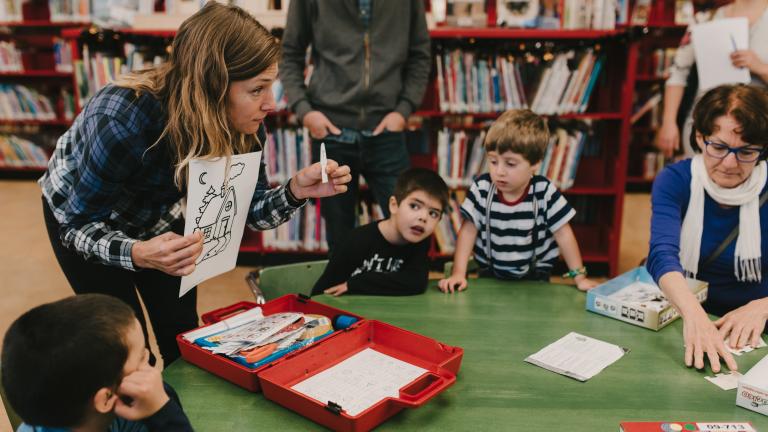 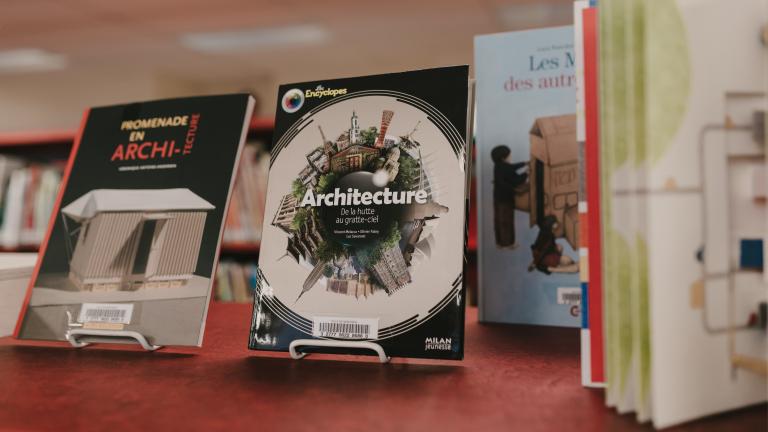 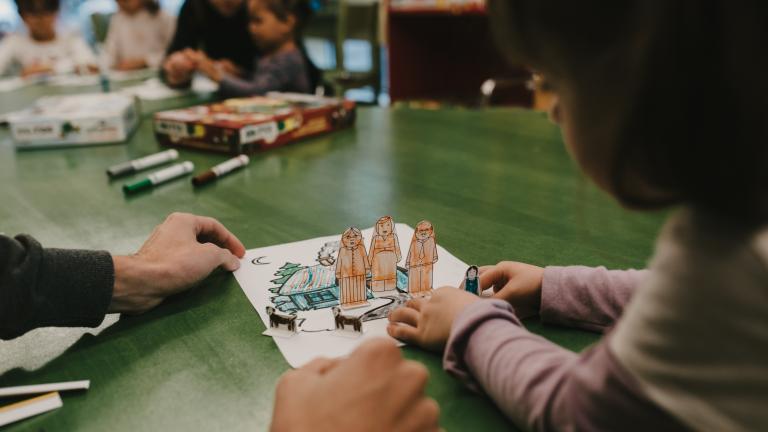 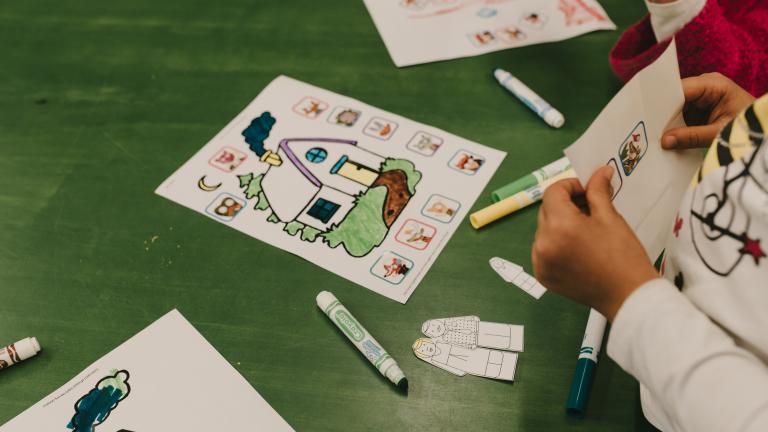 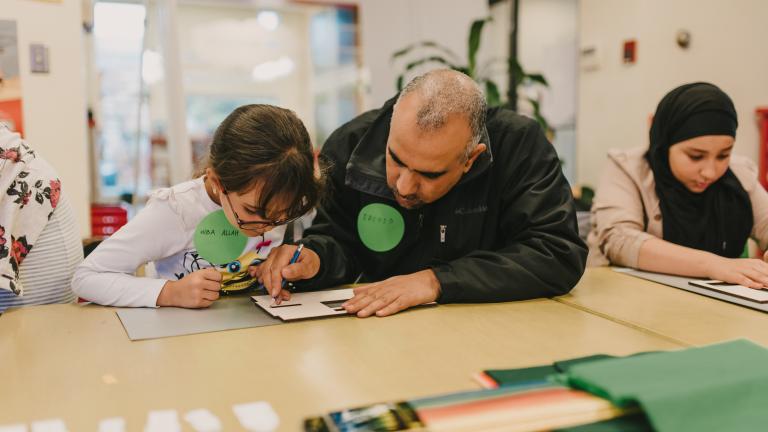 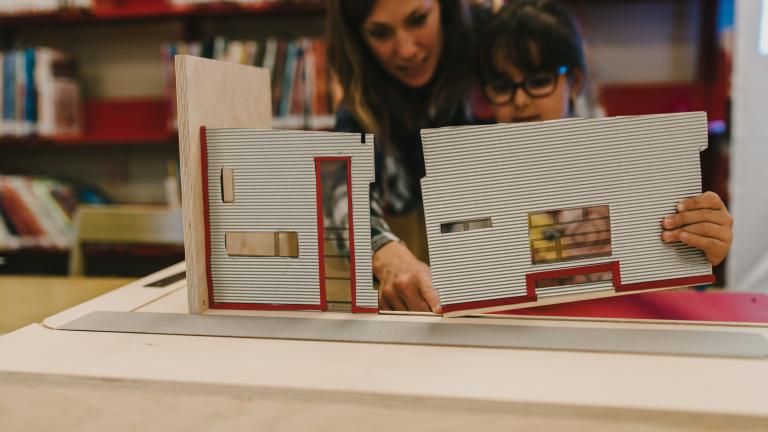 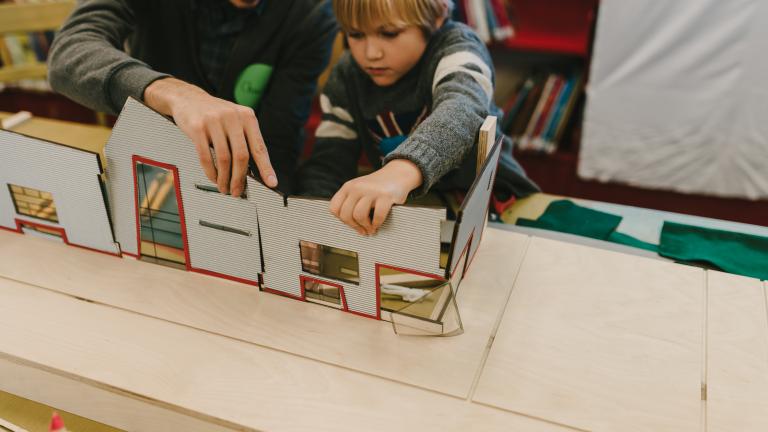 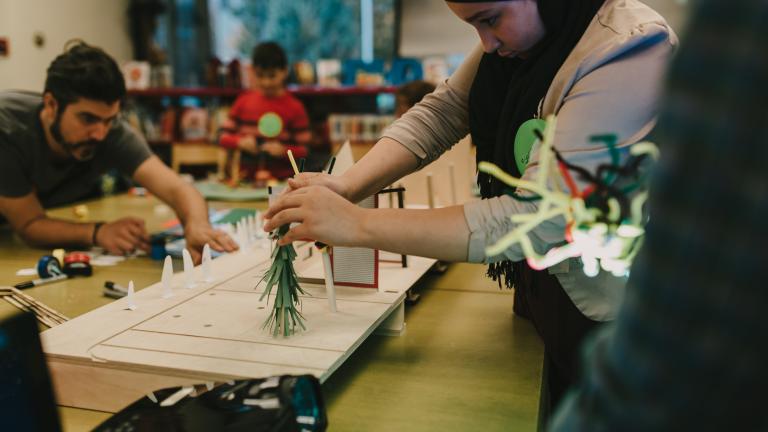 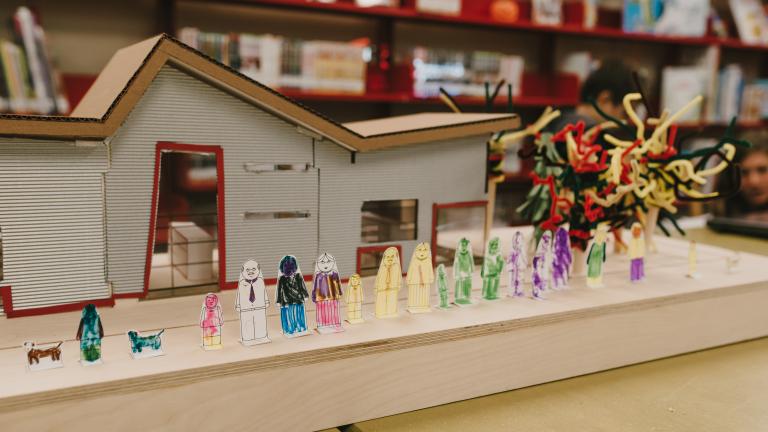